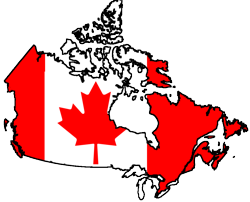 The D1 Nation is proud to announce a partnership with Mr. Ron Hopkins of the Canada Swoosh program based in Edmonton, Alberta Canada. The Swoosh will continue to operate as one of Western Canada’s best options for the development of young talent.  The club’s elite level teams teams will be known as the Alberta D1 Ambassadors, or as has become common place in the industry to be a known as “Alberta D1”.

The D1 Nation has become one of grassroots basketball’s most respected brands. Their expertise goes far past putting quality teams together. The focus is on having every player who wears a D1 jersey to move on to play some level of college basketball and to further their education. They currently have well over 225 Division One alumni.

Under founder Max Ivany, the D1 Nation is entrenched in providing quality camp instruction and perhaps most importantly bridges the gap to give true exposure to deserving student athletes. www.d1nation.com has over 3,000,000 views in the last 3 years and is growing exponentially. We will begin by spotlighting current players who show promise from Alberta and will transition into giving high school coverage to those who excel during the 2013-14 school year.

Coach Ron Hopkins is the Founder and Director of Swoosh Canada Basketball. He’s been coaching at various levels for 25 years and currently is the Assistant Coach at Northern Alberta Institute of Technology or “NAIT” as it’s known. He is also the Head Coach at Bellerose School in St. Albert, Alberta.

Ron is a teacher of the game and has helped engineer turnarounds at programs wherever he’s been, including King’s College, Red Deer College and NAIT. Ron’s club teams have fared well in competition in the United States with over 100 athletes (men and women) going on to play at the college level. This includes Tory Hill who went on to play for Southern Utah.

Ron and I are excited about pairing up our expertise and giving Alberta players a higher profile. I promise we will deliver on that, now it will be up to the players to play. We share similar philosophies and look forward to growing together