Phoenix (AZ) Shadow Mountain Reloads With Out Of State Transfers 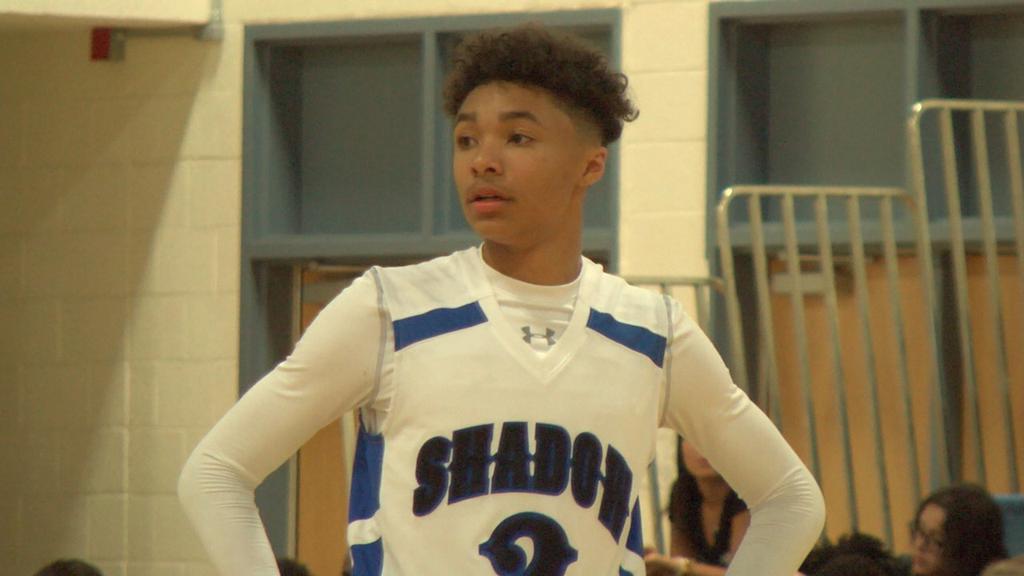 Christmas came six months early for Shadow Mountain as five players who are all potential D1/D2 recruits transferred from out of state over the summer into the powerful, nationally ranked Shadow Mountain program.  Those five join lightning quick scoring guards 6’1” Jalen House (2019) and 5’11” Jovan Blacksher (2019) to form a very talented squad.  The games have to be played, but the Matadors certainly should, once again, be holding the Golden Ball at the end of the season (they’ve won Arizona State titles in three of the past four years).

Shadow Mountain came into the Cactus Shadows game with a pair of easy wins (34 and 67 point margins!) but it was visiting Cactus Shadows that looked like the favorite as they took an early 9-0 lead and ended the first quarter up 16-11.  Despite missing at least a dozen free throws in the first half of a highly physical game, the Matadors went to the looker room up 37-28.  There were six technical fouls called in the first half.

The second half was dominated by Shadow Mountain’s quickness and swarming press.  A 26-point lead (64-38) after three quarters resulted in a ‘running clock’ for the final period of a blow-out.

Before we discuss Shadow’s new players, let’s comment on the returning stars House and Blacksher.  Simply stated, if a coach at the next level can turn the keys over to a ‘smaller’ or ‘slighter’ point guard, then they shouldn’t have to look any further than House or Blacksher.  Both are ultra-quick both with the ball and on the defensive side.  House may have more distance on his perimeter shot, but Blacksher is a more a willing passer who can finish in the paint while still collecting his share of 3s.  Both are ‘steal machines’ that will make Shadow’s press one of the best in the country.

Now for the new guys:

6’5” Immanuel Allen (2018) – Allen is a ‘load’ in the paint at both ends of the court.  The Lakeridge (Oswego, OR) transfer has a big body, but he’s an explosive jumper who seems to have a nice soft mid-range shot.  I liked his ‘attitude’ in this game as he took a beating ever time he touched the ball, but didn’t retaliate; just went to the free throw line and made his shots.

6’4” Shemar Morrow (2020) – The highly athletic and physical Morrow is going to be a ‘special’ player at Shadow Mountain.  The lefty strokes it from deep and has some sweet spin moves with the ball.  Morrow played as a freshman at LaMirada (CA) where he averaged 16 and 9.

6’4” Antonio Reeves (2019) -- The Kenwood (IL) transfer is long and thin.  He appears to be an outstanding rebounder and holds his own in the paint.

6’5” Jalen Williams (2019) – Another high level athlete that plays physical and can get after it defensively.  Also an outstanding WR/LB on the football field, he played last season at Brookside Christian (Stockton, CA).

6’2” Christian Allen (2019) – The younger brother of Immanuel didn’t really do much in this game, but he started and he has an athletic body. I’m sure he’ll show more as he get more comfortable in his new surroundings.

Next up for Shadow Mountain: how about a pair of ‘national tests’ as they meet Chino Hills (CA) and Sierra Canyon (CA) in the Hoophall event at Chaparral H.S. on the weekend of Dec. 8 & 9.