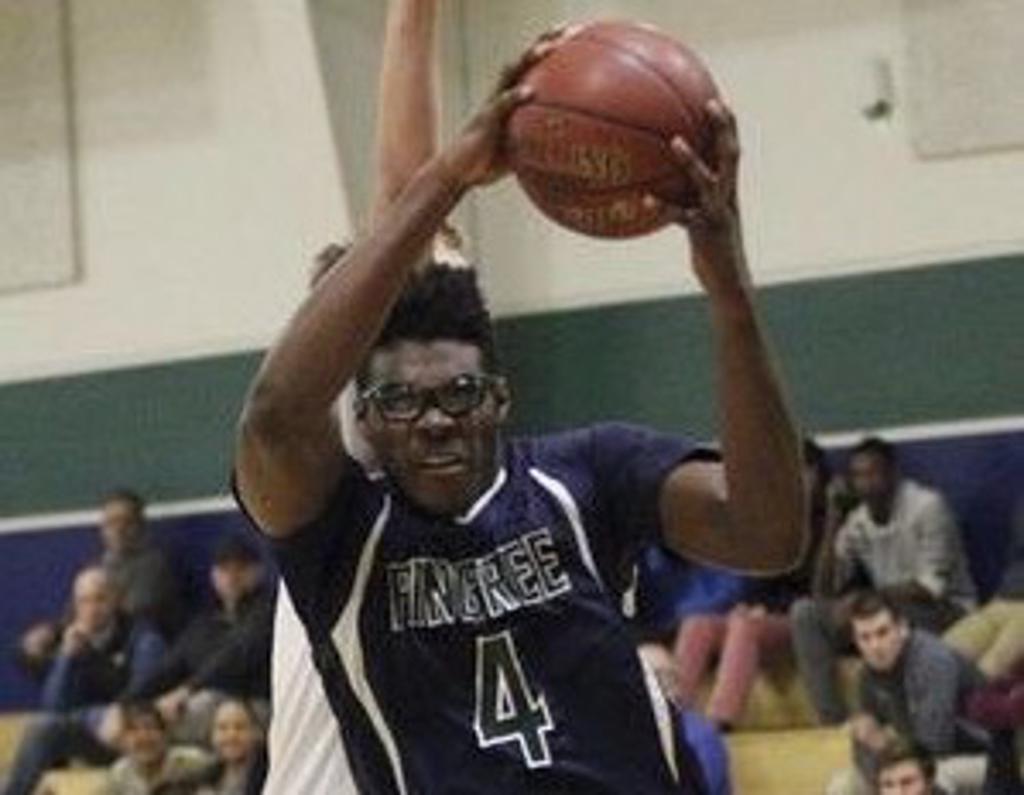 2017 6'6" wing Alonzo Jackson is a qualified and available. He plays at Hamilton, MA/Pingree which is in the Boston Metro area. He's also an excellent student, carrying a competitive 3.5 GPA at an independent school with demanding academics.

He's a quiet person off the court but has become a leader in his senior season.  He just aspires to get better and better. This strong work ethic is part of his significant upside.  A tribute to his work in the weight room is that he has gained close to 20 lbs of muscle to get ready for this season.

Jackson is a lock down defender who can guard all 5 positions.  He has really worked on his offensive game and it's reflected this high school season as he is averaging 23 points and 9 rebounds per contest.  Despite being targeted in opposing team's game plans he has still scored 30 multiple times this year.

His length, (a 6'11 wing span) is trouble for small players and his speed and athleticism makes it tough for the bigger players to keep up with him. He's a late bloomer and a steal for a Division One program needing a versatile defender with length who can score in variety of ways on the offensive end.- Tim Glover

"I've known Coach Glover for years.  He was a great college player at both Pitt & Texas-San Antonio, who really knows his stuff. If Tim says he can play, then he can play! He and several other college coaches have corroborated that indeed, Alonzo would be a steal. Jackson was at my D1 Nation Top 100 Camp in Dallas, TX last summer where he acquitted himself very well.

My lasting impression of him as he was pressed for time to make his flight home was he took a moment to thank me for the opportunity. Not many young people typically do that as they are usually caught up in their moment."-Coach Max Ivany