Myzel Miller, a talented 7th grader for Legacy Middle School in San Antonio, TX plays his club football for the San Antonio Outlaws. Playing at the national level in the 12u division, Miller is one of those special talents that comes along every so often. His amazing accomplishments have earned him some catchy nicknames; Black Dynamite, and Miller Time being a couple.

All nicknames given and earned from one of the most God given natural talents I've ever had the pleasure of seeing live on the football field: Myzel Miller. This young man is flat out explosive! He hits the hole with regal authority, and has an acceleration to top speed that makes track coaches drool. That along with his prodigious strength requires his family to bring his birth certificate everywhere he plays!

In addition to his physical talent, the trait which may serve him best in the long run is that he's hardworking and humble. on and off the field. At 12 years old and just 7th grade, we all know hundreds of youth phenoms whom we swore would all go pro and yet failed to even make it to college.

It is in my humble opinion that Miller is different. He has a winning attitude and a surreal desire to just "fight and fall forward" in every aspect of his life. I believe this will allow him to reach his full potential and not be limited to his youth and middle school resumé. 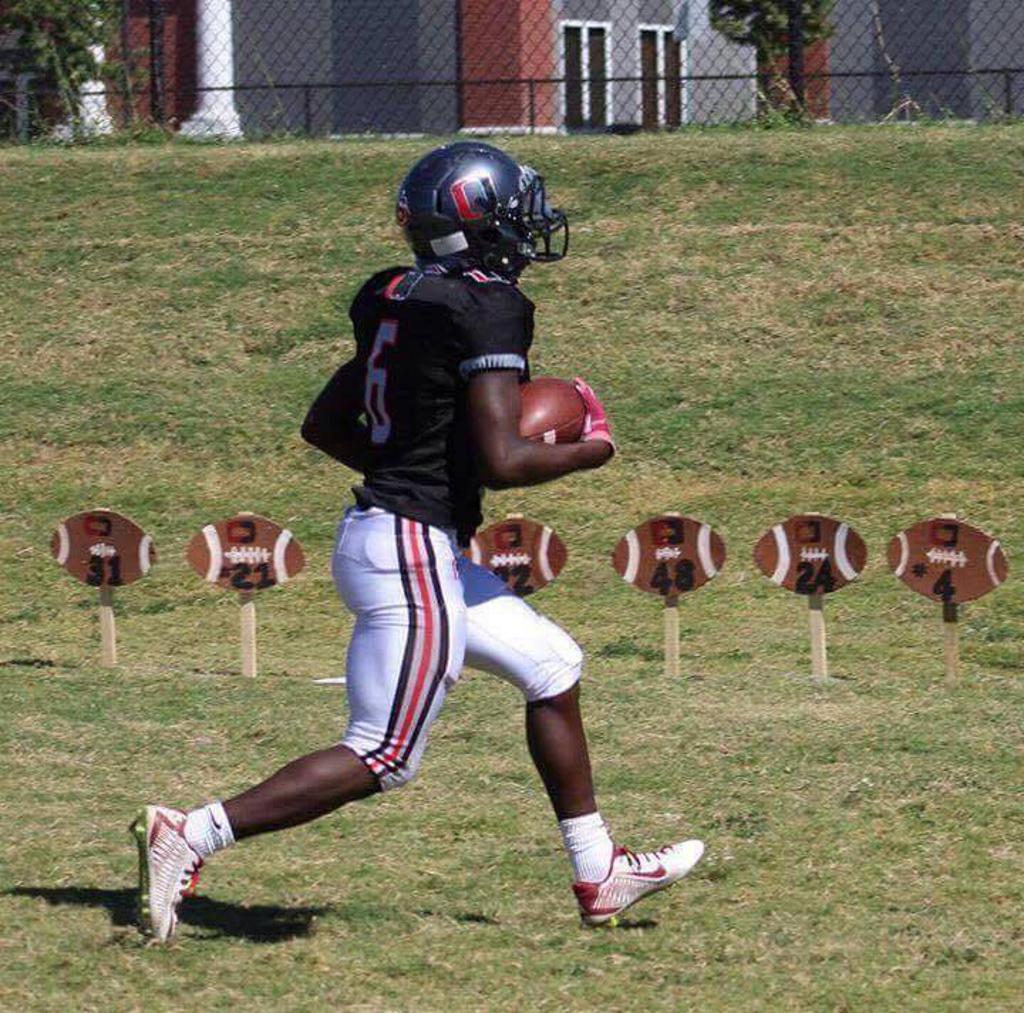 His game is well rounded for his age and make no mistake about it, he's a thinking man's football player. You can call any run play between or outside the tackles and expect positive yardage despite a career of seeing 7-8-9 defenders in the box to slow him down. His route running and receiving ability are a home run weapon in his arsenal as well making him a complete feature back for his school team and the Outlaws. What makes this young man so exciting to watch (since he was 5) is that his best games...his most amazing plays...come against his best opposition. Myzel is a gamer.

Last year's State Championship game saw him have an incredible 300 plus yards of total offense, he accounted for every touchdown; four rushing and a pick six he returned for 85 yards and a score.. He's always clutch in big moments and in championship games. I think it's safe to say he definitely has the "clutch gene" and there's a few dozen opposing coaches without a championship ring who can testify.

If Miller can stay focused, stay healthy, and keep working hard there are definitely big things in his future. In this day and age of web sites, social media and You Tube it is very easy for a young person to lose focus. Obviously academic standards must be met, but sadly a talented player and family like this will be bombarded by all kinds of nonsense.  Some of it will be good, but for every person who wants him to succeed there are going to be anonymous "haters" on message boards saying "I told you so" at the first sign of him being human.

Miller is very very good, but he's not superhuman. Areas to work on would be to continue to work on fundamentals of pass and run blocking, ball security with his off hand, and vocal leadership. It should be fun following his continued development and progress.