One of the most enjoyable things about what I do is being able to be an advocate for deserving young players. I first became aware of Otas in the fall of 2013.  I'd seen his mix tape, which was sent to me by my friend, Ron Hopkins of D1 Nation/Swoosh Basketball and thought he showed great promise. The drawback to this point is that he's been tucked away in Edmonton, Alberta Canada.

The area has not had a history of a large number of high school players move on to Division One universities in the United States.  Trust me on this one, folks.  Things are about to change.

Canadian immigration policy and a recent push by the government and Los Angeles Lakers Steve Nash now has youth basketball as the fastest growing youth sport in The Great White North.

As I had a chance to engage in several phone conversations with Otas over the last 6 months, I preached patience and for him to continue to work on his game (which he's done).

I explained that once March Madness hits a number of colleges would be changing staff's and subsequently good players would be in demand. I promised him I'd get the word out. This past weekend Otas' dreams came true as he committed to Central Arkansas, where he'll play for their newly hired Coach, Russ Pennell.

Coach Pennell trusts my evaluations and after a trip to Arkansas by the Iyekekpolor family they found it to be to their athletic and academic liking. UCA competes in the Southland Conference.  Congratulations to him and his family. 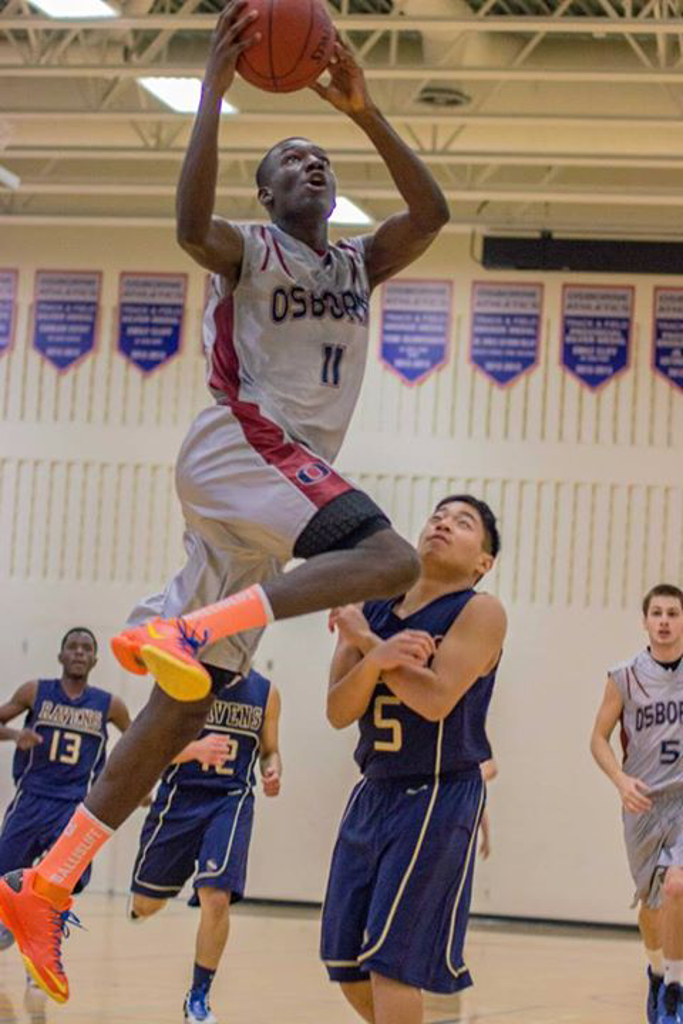 Iyekekpolor stuffed the stat sheet this past season averaging 28.1 ppg, 17 rebounds and over 3 assists per contest.  He's athletic and powerful, but what I really like in addition to his motor is the emergence of additional skills. He likes to dunk everything and clean up around the rim but he's adding a nice face up game to his arsenal and can put it on the floor for a bounce or two to create space and go past a slower defender. He's a quality student as well.

The D1 Nation congratulates Otas and his family and gives a shout otut o his trainer Don "Tex" Phillips for pushing him to be better.