Below is a great article from the Associated Press about the contributions of San Antonio Clark's (TX) Carter Josephs.  The sophomore walk on at Vanderbilt played a big role in the Commodores win over Auburn.  Josephs chose Vandy for it's academics bypassing other basketball opportunities.  It looks like he's having his cake and eating it too.  He's a high character person who does not turn the ball over.  This is a lesson for young points guards.  That's your PRIMARY responsibility!

He played his high school bal for Coach Steve Sylestine (San Antonio, TX/Clark). Josephs was a key part of the Texas D1 Ambassadors Class of 2011 squad that ran through the Las Vegas Live Tournament like a knife through hot butter crushing 4 Nike sponsored teams in the process on the way to the championship.. He played with Connor Lammert (Texas), Uche Ofoegbu (San Francisco) and Matt Gramling (Army) among others.  With so much hypocrisy in college athletics it's stories like this and good people achieving that keeps my sanity. :-)  Carter's the son of Paul and Sharon Josephs of San Antonio, TX 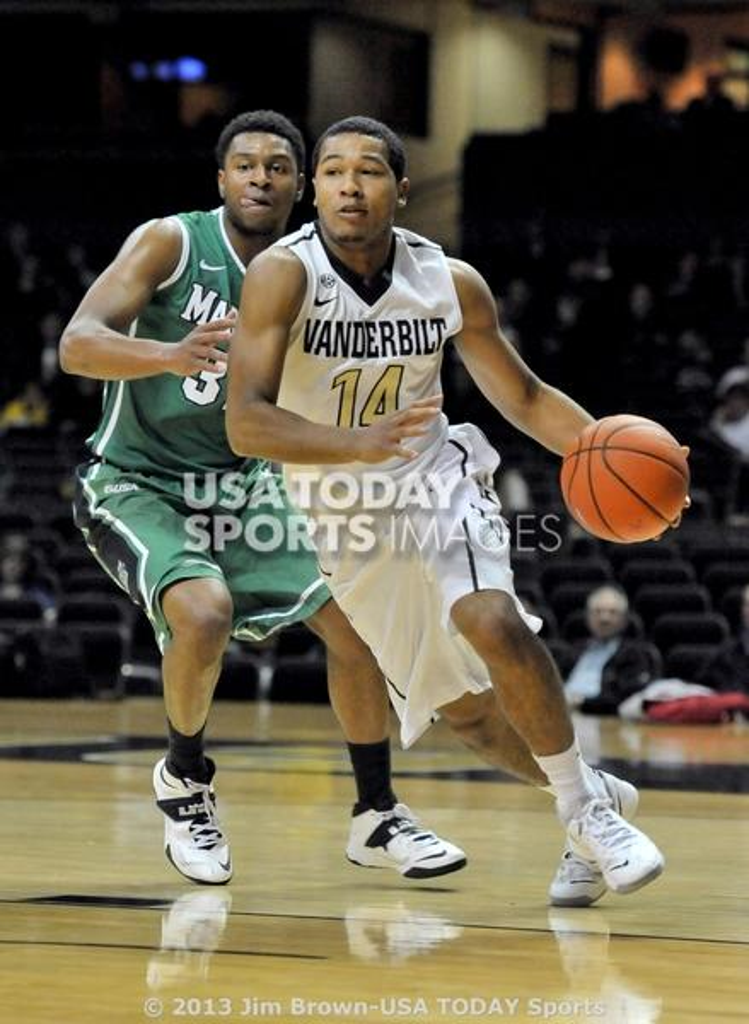 From The Associated Press

Josephs and Watkins shine for Vanderbilt

AUBURN, Ala. (AP) -- Vanderbilt coach Kevin Stallings turned to the walk-ons to get his team out of its early funk.

Then, the Commodores finished the job with Dai-Jon Parker and a barrage of 3-pointers. Parker scored a career-high 21 points and Vanderbilt rallied from a 16-point deficit to beat Auburn 67-59 on Saturday.

The Commodores (15-11, 7-7 SEC) made 10 of 18 3-pointers in the second half after hitting just one before halftime. With Rod Odom nursing a sore leg and the team struggling, Stallings turned to walk-ons Nathan Watkins and Carter Josephs for a spark with 8 minutes left in the half.

"Our bench by and large was better than our starters," Stallings said. "That hasn't happened much but I wasn't going to watch that garbage that I watched the first eight or nine minutes. We were down and I said to hell with that, we're going to put some guys in who are going to play hard."

The Tigers (12-13, 4-10) have lost four of five games and had a late scoring drought of 4 minutes, 28 seconds. They had flirted with an upset of No. 2 Florida this week before making mistakes in the final seconds.

"It was a tough last 30 minutes, not just the second half," Auburn coach Tony Barbee said. "No matter how bad we shoot the ball offensively, you can always have energy. Guard, defend and play tough and communicate, and the last 30 minutes of the game we didn't do that. It's disappointing. I tried to warn the guys of the letdown."

Parker led Vandy's 3-point barrage with three in a row during an 18-4 run early in the second half. He was 5 of 9 from 3-point range.

KT Harrell and Chris Denson each scored 13 points for Auburn. But that was 14 shy of the combined average for the nation's No. 2 scoring duo.

"I can't remember the last time they were both off at the same time," Barbee said.

Vanderbilt, which had lost three of four games, trailed 29-13 with less than seven minutes remaining in the first half before pulling to within seven by halftime.

Auburn didn't end its drought until Allen Payne's jumper in the final minute.

Parker hit three consecutive 3-pointers during an 18-4 run early in the second half to give the Commodores their first lead, going ahead 43-38. Vandy's six baskets during that stretch were all 3s.

Then Tahj Shamsid-Deen scored on three consecutive possessions for Auburn and tied it 45-45 with a 3-pointer with 12:33 left. Those were his only seven points.

Odom, who came in averaging a team-high 14.5 points, didn't score until midway through the second half. He followed that up with a pair of 3-pointers and finished with eight points. Stallings said Odom took a knee to the thigh in Friday night's practice "and we weren't even sure if he was going to play."

The Commodores, down to seven scholarship players, had to turn to the walk-ons with several starters having foul trouble.

Watkins, who hadn't played more than two minutes in a game, had seven points in 16 minutes.Carter Josephs dished out nine assists with no turnovers.

"I didn't see it coming," Watkins said. "I know Rod hurt his leg a little bit in practice but between the slow start and that, coach told me to go in. It was a new experience, the first time I've ever played real minutes in a regular season game.

"When Carter and I went in, I guess we got the spark we needed to start the comeback."

The comeback win came after the Commodores had fallen short after erasing most of an eight-point deficit over the final two-plus minutes in a 67-64 road loss to Missouri on Wednesday.

Vanderbilt Head Coach Kevin Stallings
On what happened...
"Well, it's not that hard to describe from my standpoint. We had guys who weren't competing hard at the beginning and who were getting beat to every loose ball and every rebound. At one point the rebounds were 17 for them and 4 for us. I just decided that I've had enough of that. I knew I could have a couple guys that hadn't played much and they would at least play hard. So I put them in, and to their credit, they acted like they were supposed to be in. They played hard, competed, gave our team energy, and weren't afraid to take shots and make plays. Gene Keady told me a long time ago that your five best players aren't always your best players on game night. Tonight Carter [Josephs] and Nate [Watkins] were two of our best players and my job each night is to try to figure out which five are the best. Thank goodness they came through. Luke [Kornet] played really good. Our bench by and large was better than our starters. That hasn't happened much, but I wasn't going to watch that garbage that I watched the first eight or nine minutes. We were down and I said to hell with that, we're going to put some guys in who are going to play hard."

On choosing to start the same guys that finished the half after halftime...
"I sent the five that finished the half because they were the guys who got us back in the game. Again, I will say that crossed my mind, should I go back to the starters? Tom Richardson and I talked about it and we decided that we're going to stick those guys back out there and see what happens. They continued to play well and to the starters' credit, when they came back in, they played better."

On team response to being down...
"I'm really proud of them. I'm proud of Luke. He hadn't been playing well, honestly, and he played great today. Damian [Jones] really competed hard and Rod [Odom] hit some really big shots when he came back in. Rod got kneed in the thigh in practice last night and we weren't even sure if he was going to play. This game was about Carter and Nate really. It was about those two guys coming in. Carter had nine assists and no turnovers. He was making plays and going to the rim and putting their defense in bad positions. I'm really happy for those two guys and really proud of them."