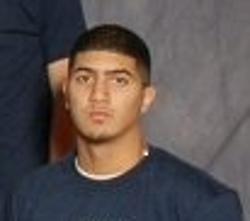 Tamimi is averaging a whopping 28 ppg. 12.5 apg, 9rpg and 3 spg. Leading Ross Sheppard to a 24-2 record. Not only does Tamimi pour it on vs the patsies, he also elevatyes his game against the tough opponents too.  He recently put 43 points/11 rebounds/9 assists on the #1 squad in Alberta in a rare loss.

Tamimi is interested in attending a prep school in the United State to get himself ready for a D1 opportunity the following fall.

Tamimi can really score the ball. He doesn't need a lot of room to get his shot off. He understands the mid range and has the ability to separate with a nice jab step, then step back. Although not a super quick penetrator,  he's got a great change of pace and has a strong body which can take contact. His court vision is also a strong point as he draws defenders and drops dimes in the right spot for his team mates to finish.