Somewhat unexpected was the outcome of the match-up of  post-players 2014 6'9" Conner MacDougall (Arizona State) of Corona and 2014 6'9" Payton Dastrup (Brigham Young) of Mountain View as MacDougall scored 15 points while Dastrup managed only nine points (with 10 rebounds).  Corona doesn’t necessarily need MacDougall to score big, but if Mountain View is going to win the big games, Dastrup most certainly must contribute more to the scoring ledger.

In our opening round report we indicated Chaparral might be a year away from making some noise in the Valley of the Sun.  Well, someone forgot to tell the players as Chaparral ran through four straight opponents.  Behind high-scoring 2015 Kenzo Nudo (6-3) the Firebirds edged a deep and physical Las Vegas Clark (NV) squad, 66-61.  Nudo paced the scoring with 24 points. 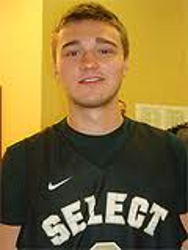 (As reported by Richard Obert of AZcentral.com. (Not sure if these are his selections or if there was a committee.)

BYU commit 2014 Jake Toolson (6-5) of Gilbert Highland seemed to have no problem scoring big-time in his four games despite some knee issues.  Toolson collected 141 points for an impressive 35 points per game average to earn the Most Outstanding Player Award.

Overall I like Obert (or the committee’s) selections,) but I think Orem’s 2014 Cooper Holt (6-4) could have easily made the list; averaging 20 points per game and generally guarding the other team’s top perimeter player.  Holt doesn’t appear to be that athletic, but he is!  He’s got a great motor which leads to stat stuffing performances and W's for his team.