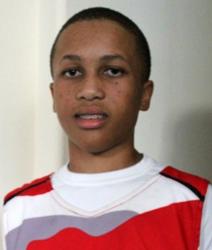 I was fortunate to have had J. Mychal Reese (Bryan, TX/Texas A&M) the #1 player in the country in our program when he was young. From 10 years to 14 years old he had a target on his back, with many people hoping he’d fail. It was his support system of his family and my good friend, Pops John Reese that kept it real for J. Mychal. He kept humble, worked hard, kept his circle tight and last year had a very good freshman campaign for Texas A&M in the SEC despite battling knee issues during the season.

So, with the table set above the California D1 Ambassadors are excited about the coming season when 2019 Jordan Montgomery dons our uniform and begins his quest for a college scholarship. There’s never a sure bet, but I really like his chances.  He’s got a solid family framework, is an excellent student with a 4.0 GPA, always has a smile on his face and knows good choices from bad.

He’s already been touted as the best guard in his class on the West Coast by others and certainly mentioned in that breath when discussing the country’s top young talents.  Let’s give him a pat on the back and a reiteration to keeping the focus and not being caught up in the hype. He’s earned my respect and I look forward to tracking him over the next 5 years as he continues to grow from his current height of 5’5″.

Jordan has already travelled the country, earning invitations to the top camps including John Lucas’ Future of the Game West and Chris Paul’s CP3 Camp which identifies the Nations’ top backcourt players. I spoke with hoops icon John Lucas via phone this morning and he confirmed to me that he believes Jordan has a real chance to do special things.

Jordan’s strength is his desire to work hard on his craft. In the above video you can see him train under the watchful eye of his brother, Kyle Montgomery. As you look at the video above you can see that Jordan has an uncanny court vision for any age, but certainly off the charts for a young 7th grader. He has a chance to be a very special lead guard at any level as long as he keeps his focus.  As his Twitter account says, “In Jesus’ Name I Play”.  I like it!