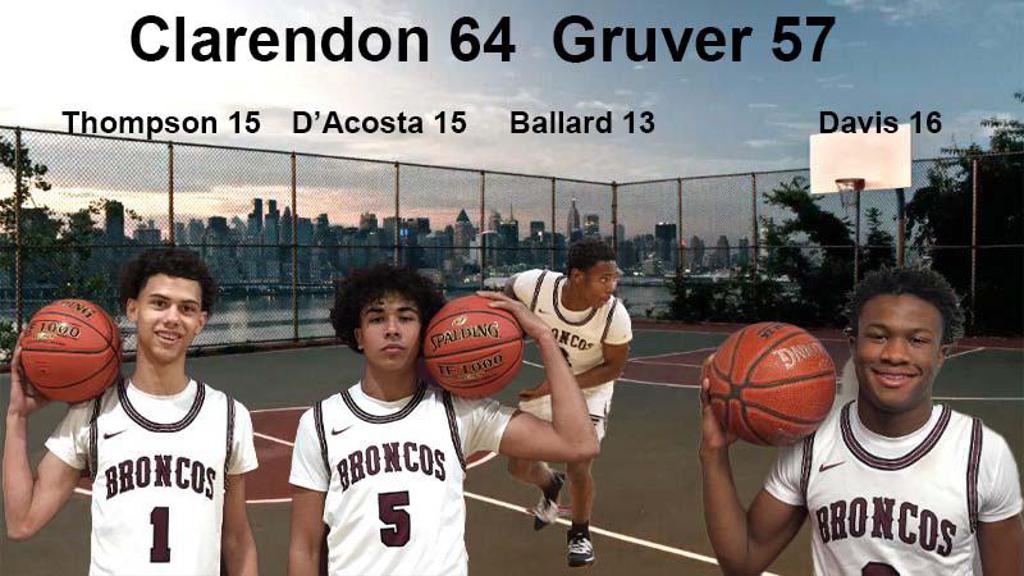 The Clarendon Broncos came out a little flat while Gruver was just the opposite.  Gruver led 20-15 after the first quarter and 37-29 at the half.  Coach Boston Hudson's squad settled down and by the end of the 3rd had eliminated the deficit, taking a 48-46 lead.  Coach Hudson lamented the lack of defensive awareness his charges showed on their off the ball, and help defense.  "The effort is there, but the decision making is not."