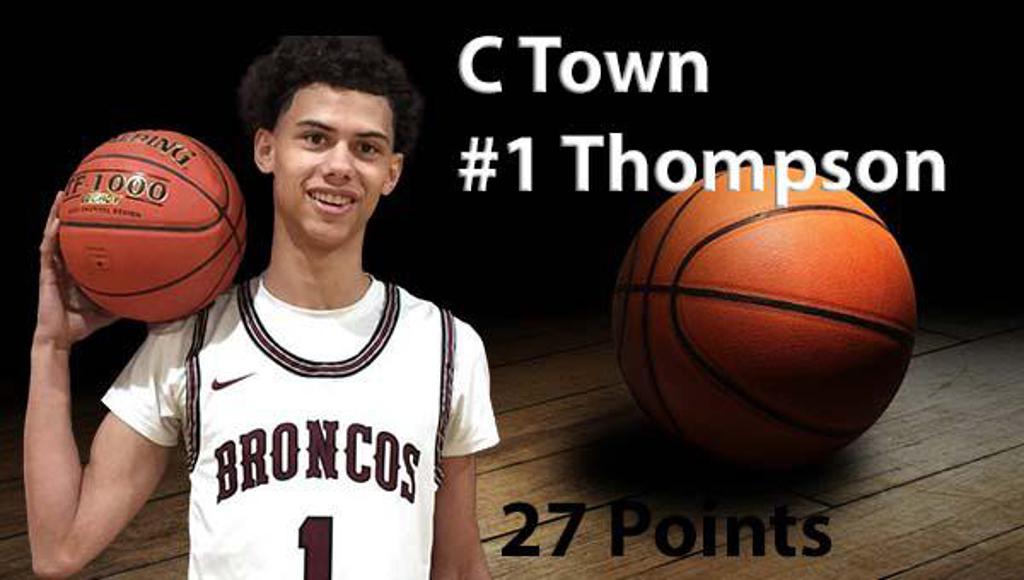 To Clarendon's credit they typically schedule a tough early slate against bigger schools (both the boys and the girls). This evening 4A Canyon a highly respected came calling to C Town.  They're solid and well coached with lots of motion on offense but when the dust settled on the 1st quarter the home town Broncos had almost held Canyon to a doughnut as they had a 15-2 lead.

Clarendon rode the hot shooting hand of Senior Donovan Thompson's 19 first half points, on his way to a career high 27 points.  At one point the lead was as much as 23 for the hosts. Junior Cayden D'Costa added 10 points but more impressively he had 16 rebounds which limited Canyon to few opportunities for second chance points.

The Clarendon freshmen provided meaningful minutes again as Anthony Ceniceros and Lyric Smith look like they belong. It was also my first time seeing Harrison Howard getting some varsity minutes.  He has the makings of a future leader at the PG position on the hardwood as well as the QB spot on the gridiron.

Canyon made a valiant run in the 2rd and 4th quarters, chipping the Clarendon lead form 23 down to 8. A timely 3 pointer by Jordan Herndon shut down that run with about 4 minutes left to play.  Canyon was able to whittle the lead by time and again pinning Bronco defenders under the rim, making 5 footer after 5 footer.  That issue should be resolved next week with the return of 6'3" Sophomore Jmaury Davis who will immediately be the team's best interior defender, rim protector and rebounder. 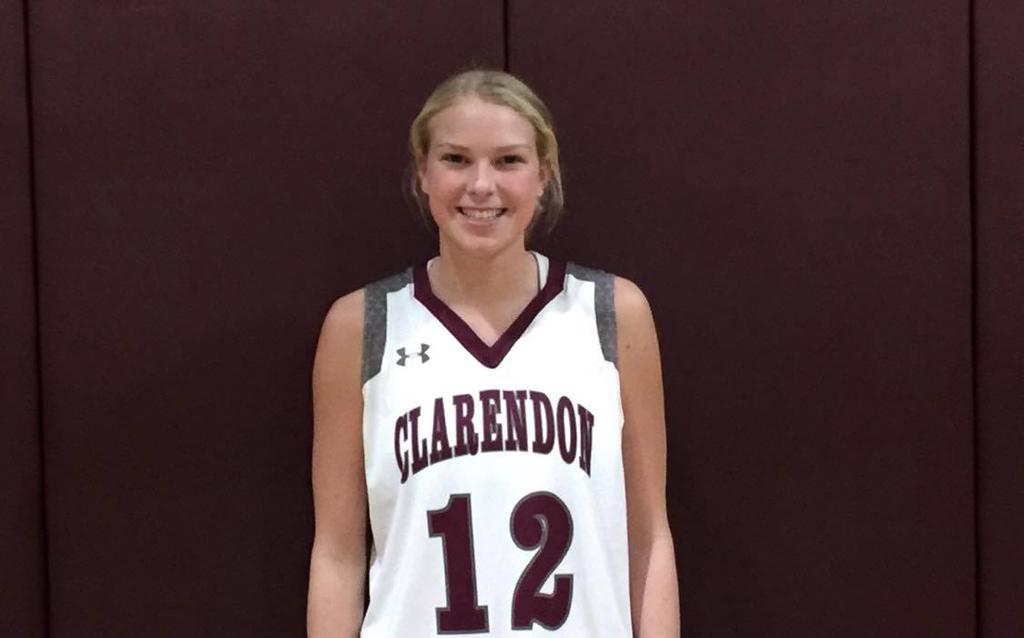 The Lady Broncos had a Friday night encounter with Perryton, a team that they lost their season opener to by 10.  However this Clarendon team is beginning to gel and they have tightened up defensively. turning the tables for the W. There wasn't much to choose from over the first 3 periods with the score being 31-30 in favor of the home team.

The Lady Broncos only scored 2 field goals in the final quarter, but they were aggressive and went to the free throw line 12 times converting 7 of them. Definitely room for improvement there at the charity stripe but it was more than enough to put Perryton away as they only scored 5 points in the final stanza.

Overall they were a paltry 12-26 from the free throw line. If they tighten that up, they win going away. Senior Jade Benson led the way with 15 points while Junior Madison Smith had 9 and Senior Ashlynn Crawford had 8.  Nice win as they flip the outcome vs Perryton.