REGRET.  One of the worst words in the dictionary. Only one team finishes their season with a win.  The rest will always remember the woulda coulda shoulda, especially the seniors.  This game was definitely one that "got away".

I made the trip to Borger, Texas last night for the 1st Round Playoff matchup between Clarendon and Stratford.  It was cold and blustery so I wasn't expecting too much action through the air.  One team lived up to that prognostication but the Stratford Elks did not.  Time and again, Clarendon stymied the ground game only to have Senior QB Trever Bell make a critical completion for a chunk of yardage.

The teams were evenly matched with one critical goal line fumble by the Broncos and a few penalties being the razor thin margin in the 20-18 Stratford victory. 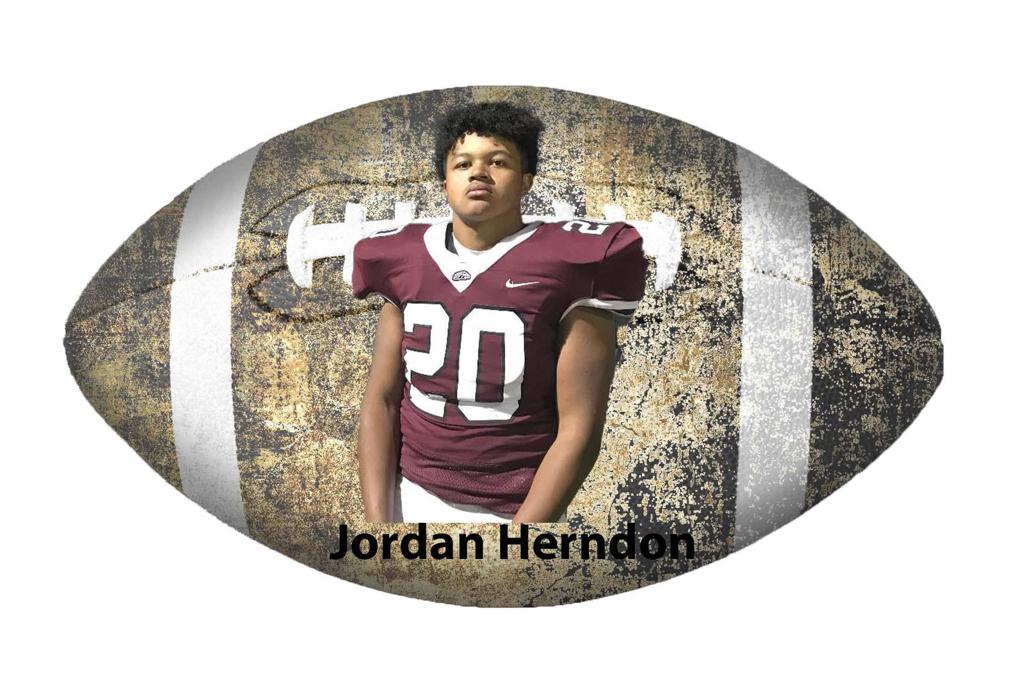 Clarendon received the ball to begin the game and were forced to punt.  Stratford followed with their most convincing drive of the evening as they went 70 yards with a mix of runs and quick hitting pass plays.  The Broncos DB's played a little too soft and the Elks ran it in from 5 yards out for a 7-0 lead.

The Stratford line bullied Clarendon on that first drive so things did not look promising.  On their next possession the Broncos shot themselves in the foot with two consecutive false start penalties.  It had the early signs of a blow out, that is until Junior RB Herndon broke a 3rd and long play for 75 yards to the 5 yard line.  Junior QB Brock Hatley tossed a 7 yard pass to Sophomore Jmaury Davis for the score and the XP went wide to make the score 7-6 at the end of one quarter.

Stratford went 3 and out on a much improved defensive possession for the Broncos.  The line gained confidence and they turned the tables on Stratford's D line in the second quarter bullying them every which way.  Jmaury Davis finished off a hard running drive with a 4 yard rushing TD.  This time Clarendon's 2 point conversion attempt was no good.  12-7 for the burgundy and white.

Clarendon caught a break as a 60 yard Straford TD was called back on an illegal formation penalty.  The Broncos were gaining confidence and momentum and marched 60 yards, converting another score on a 5 yard pass from Hatley to Junior Koyt Tucek on a 4th and goal play. Everything was looking rosy as with the second quarter winding down, Stratford was stopped on 4th and goal from the Clarendon 2 yard line.  The half ended with the score 18-7 and the Broncos had to be feeling good with 30 minutes to go. 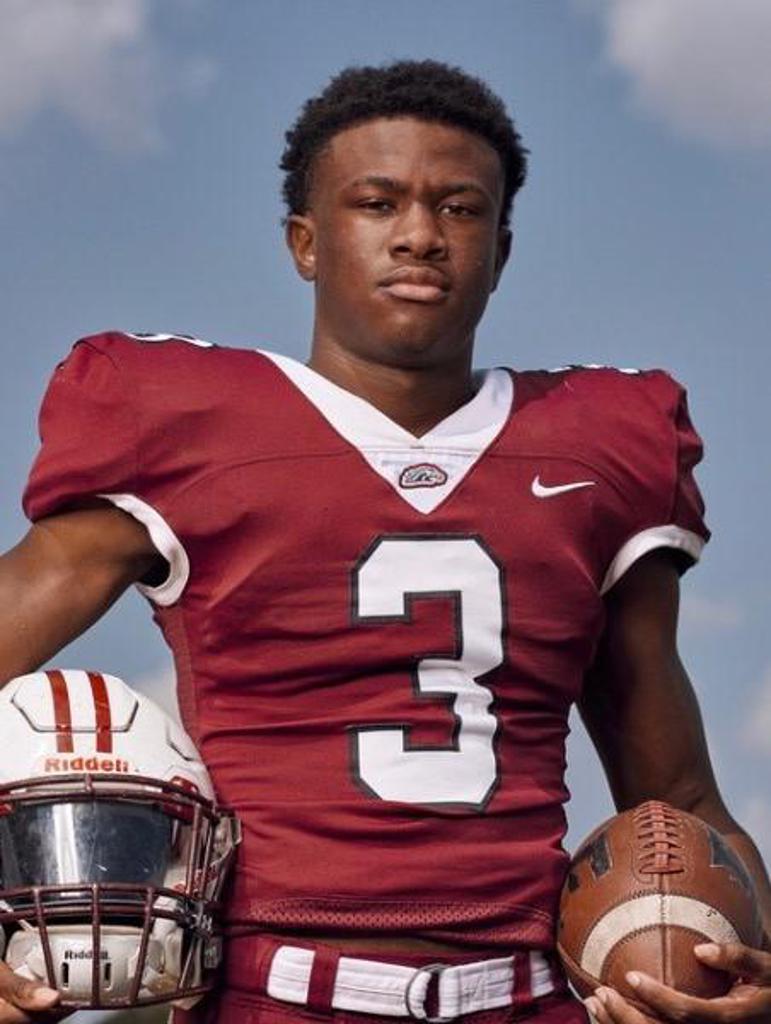 Coming out of the locker room at half time, Stratford received the ball and proceeded to march down the field.  However, the Clarendon defense really was hyped and for the second consecutive series stopped the Elks at the 5 yard line. At this point you had to think Clarendon was truly in control and had broken Stratford's spirit.

However, as Lee Corso says, "Not so fast, my friend".  Before you could take a deep breath the Broncos fumbled on their own two yard line and Stratford promptly scored the TD and once again added the extra point.  The score stood 18-12 in the Broncos favor. The remainder of the 3rd quarter was primarily excellent defensive play for both teams, but as the stanza wound down Stratford QB Bell tossed another TD pass.  This time their XP was wide and they led the Broncos 20-18.

In the 4th quarter Clarendon gamely mounted challenges but their old nemesis, penalties reared their head with successive transgressions wiping out nice gains by Junior RB Jordan Herndon. The deepest penetration Clarendon could make in the final quarter was to the Stratford 12 yard line where they bogged down. This was the game's final drive. It was 3rd and 5 to go when a procedure penalty made it a necessary passing down at 3rd and 10.  The last two passes fell incomplete and with 1:30 to play, the Elks took the victory formation to run out the clock. 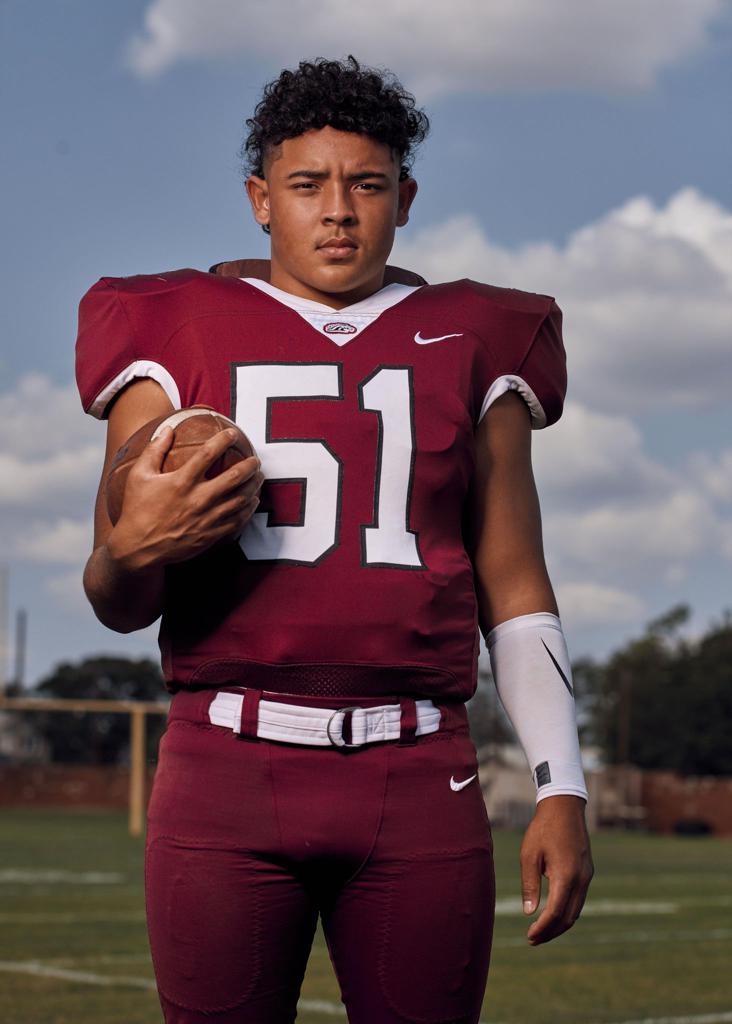 There was no need for Clarendon to look at this season in a negative light.  They had their moments and certainly have excellent talent. Like most schools at the 2A level their problem was depth.  Late season injuries and suspensions hurt, but to their credit young players stepped up.  Herndon, who carried the ball little in the first half of the season became the work horse in the backfield. He doesn't have break away speed, but he's tough as heck between the tackles and has that "dog mentality" that coaches love.  He finished with 208 yards on 25 carries.  I'm sure Stratford is happy they've seen the last of him.   Sophomore Jmaury Davis finished with 107 yards on 19 carries. Junior QB Brock Hatley was 8 of 15 through the air with two short TD passes.  Freshmsn Lyric Smith scored his first varsity TD as well.

Football is offense, defense and special teams.  A glaring deficiency for the Broncos this year was the lack of a kicking game. They attempted 3 extra points all season, making none and I believe they also were blanked as far as field goals.  A kicking game could have won the playoff game in my opinion with the difference being the three XP's and an opportunity to kick the game winner from the 12 yard line in the last 2 minutes of the game.

I realize it's a small country town with no soccer program in the school or community.  If there was, this could be a solution into the future as kicking a ball is a developed skill, just like throwing and catching.. Or perhaps half tongue in cheek, an exchange student from Europe could come and experience life in rural America.  Schools around the State of Texas do this all the time.  Food for thought and to think outside the box.

Hats off to the three seniors.  That's right....3!  Aaron Roys, Ivan Gonzalez, and defensive leader Robert "Squeaky" McGuire.  It may be the last time they put a helmet and pads on.  They all played well.  Salute!

That's the great news for Coach Clint Conkin who I chatted with this morning. He echoed my sentiments that "the kids fought hard in the Stratford game. It was a good season for a team which is still young. I'm looking for great things over the next couple of years."

In many ways this team is ahead of schedule.  They are young and now experienced.  2021 should be a great year for the Broncos.  And now, it's on to basketball season.  Go Broncos!.