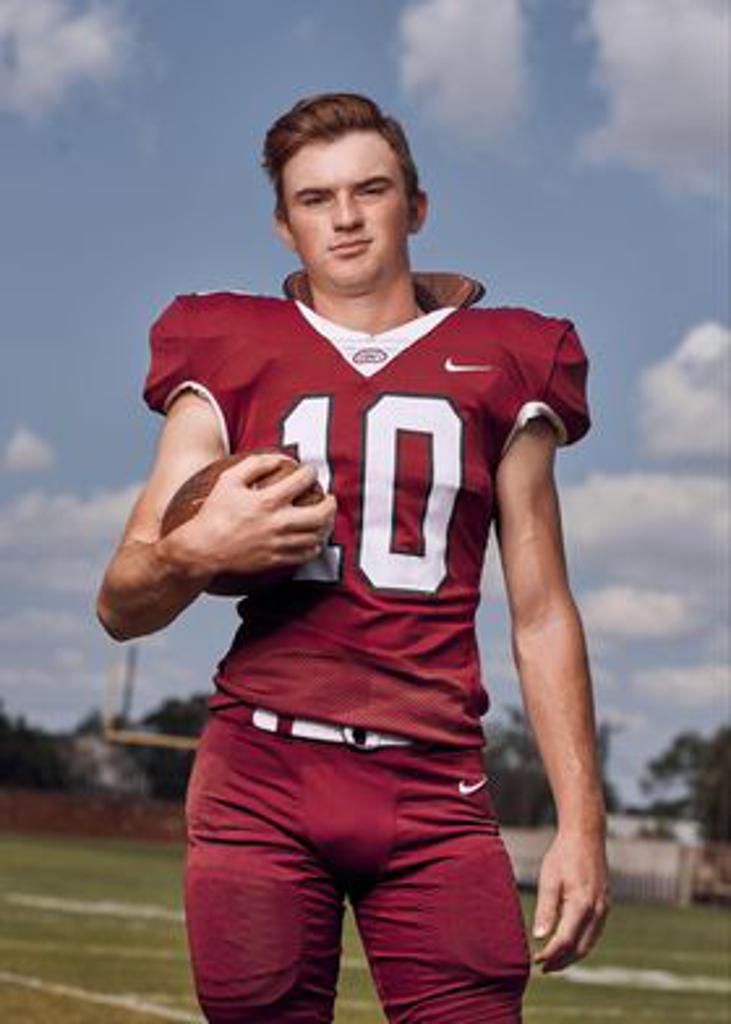 Clarendon headed to Wheeler for their final regular season road game this past Friday night.  A hostile Wheeler crowd, weather hovering near the freezing mark and a roster depleted with injuries and suspensions made this a tough evening.

Before Clarendon had barely warmed up, the hometown Mustangs had a first quarter 14-0 lead which effectively sealed the game.  The Wheeler defensive play made for a long evening as the Broncos posted a season low in total offense. They could only accumulate 157 rushing yards on 45 carries, adding another 60 yards through the air.

This contest was the first time all season that the potent Clarendon offense was held scoreless in the first half. To the Broncos credit, they didn't quit and actually won the second half score, 16-13.

The touchdowns were scored on a one yard quarterback keeper by Junior Lamarcus Penigar, and a 29 yard pass from Penigar to Junior tight end, Koyt Tucek.

The real culprit as per Coach Clint Conkin were the turnovers, 7 of them in fact. There was one interception, and 6 slippery pigskins later the Broncos had fumbled their opportunity away.  This coming Friday is the season's final regular season game, at home vs Shamrock.  The outcome of that game along with other teams scores will determine if the Broncos will be the 3rd or 4th seed out of District 2.

Statistically, Junior Back Jordan Herndon did the heavy lifting with 16 carries for 85 yards. Tuchek's two catches totaled 50 yards for all but 60 of Clarendon's receiving yardage. Defensively. Sophomore Jmaury Davis continues to round out his game as he led the Broncos in tackles with 12, along with his 72 yards from only 8 rushing attempts.

Herndon also added 8 tackles as did Junior Rhett Caison.   As you can see from the raw stats, this Clarendon team is young with next year being the season with the great expectations.  Meanwhile, the focus is on next week and their showdown with Shamrock at Broncos Stadium.  See ya'll there.