Sports can be a cruel mistress.  Friday night at home in Texas 2A play the undefeated Clarendon Broncos tasted the bitter pill of their first loss of the season and what will surely cause them to lose their State Ranked #6 position, and subsequent fall from the Top 10.

It will take a heck of a run through their last district games, but a win over #4 ranked Wellington a couple of weeks from now sees the Broncos and Coach Clint Conkin with a path back to the State's elite 2A programs.

The disappointment in this game is that errors which could have been avoided were the culprit.  Penalties and turnovers decide most games and Clarendon was on the negative side in both of these categories.  I counted roughly 15 flags with two of them resulting in touchdowns being called back.  A muff of a kickoff and a 4th quarter fumble did not help matters.

I rarely blame officials for the outcome but the crew from this contest were mediocre at best.  Kids deserve better than overweight guys who are consistently behind the play nissing the correct call.  That may seem rude, but it's reality.  All teams deserve better. (Editors Note:  This is my personal opinion and does not reflect on the Clarendon staff or administration). 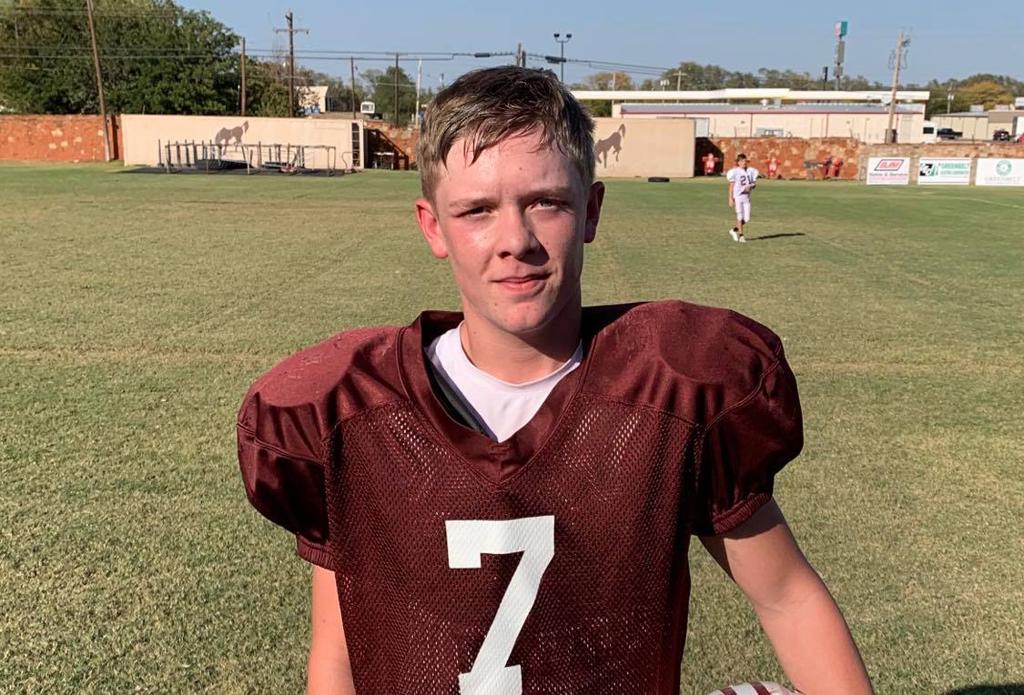 Offense gets must of the publicity but all season long the defense has been a bedrock for Clarendon.  For the first half vs Vega they were again pitching a shut out. Junioe QB Brock Hatley had 2 one yard rushing TD's on QB sneaks from the goal line, including one in the first half. Early on Clarendon's potent running attack led the way but penalties negated long runs and took two scores off the board.

A funny thing happens in sports when "Uncle Mo" comes to visit.  That's the vaunted MOMENTUM.  When you have it everything seems to click, when the other team gets it you're doomed. For the remainder of the first half and into the 3rd quarter it was Vega who began to feel good about themselves and saw their confidence build.

Vega seized the momentum and had jumped out to a 14-6 lead.  Clarendon regained their composure and with a timely 61 yard gallop by Sophomore Jmaury Davis they regained the lead 22-14.

Down the stretch Vega Longhorns QB Ryan Grawunder was the steady hand engineering two late scoring drives behind his legs and his laser arm.  They grabbed the 28-22 lead and were able to hang on as Clarendon couldn't generate much offense in the closing minutes, debilitated by an untimely fumble.

Option QB Lamarcus Penigar threw a 79 yard strike to Sylvester Ballard, one of only two Bronco completions on the day. Ballard also carried the rock 11 times for 73 yards rushing. Davis led all rushers with 8 for 124 yards.

Defensively the leading tacklers were Senior Antwan Bassett with 12, Junior Koyt Tucek with 12 and Senior Squeaky Mcguire had 11.