Clarendon Runs to 4-0 in Homecoming Victory

On a beautiful West Texas night the Clarendon Broncos hosted Hale Center on Homecoming. They soundly beat Hale Center 30-20 by jumping out to a 16-6 half time lead after a 0-0 first quarter.

Once Hale Center settled in it was too late as the Broncos had put the game away 30-6. To Hale Center's credit they didn't quit and added two late scores to make it respectable. 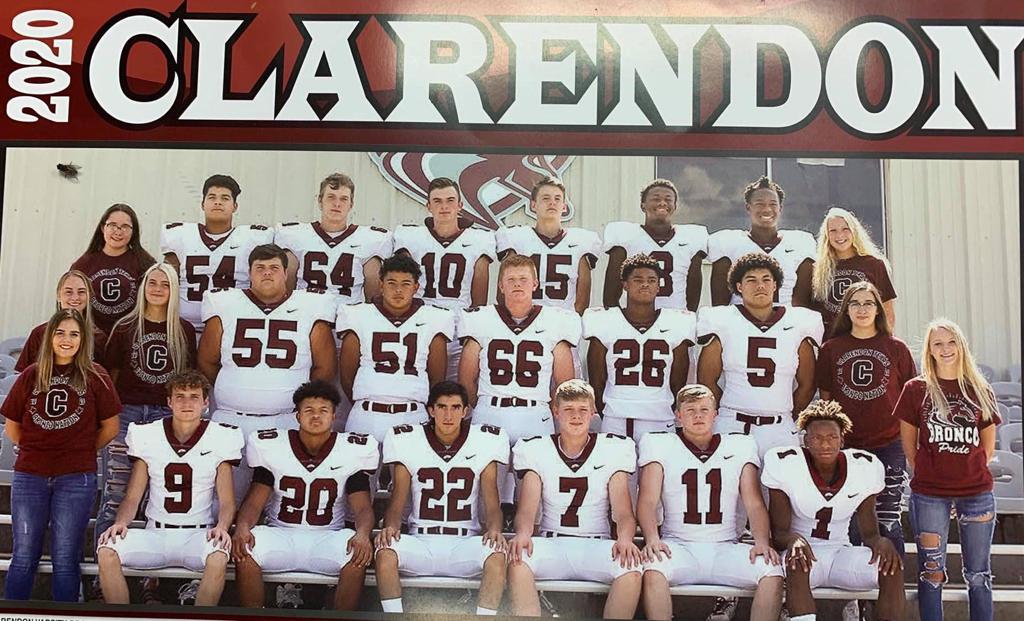 The Broncos pounded the rock, rushing 35 times for 130 yards.  The ground game was led by hard charging Senior Antwan Bassett who had 14 carries for 66 yards and two touchdowns.

Defensively Senior Jordan Herndon earned the defensive game ball with his 12 tackles, 2 sacks and an interception.   Clarendon was swarming to the ball as Junior Rhett Caison(10), Senior Robert Robert McGuire (8), Senior Antwan Bassett (8), and Junior Koyt Tucek(8) all had big numbers of tackles.