Team Arizona Basketball Club has been in operation since 2011 and features both Youth and High School travel teams in the competitive travel club circuit across the Country.  TAZ focuses on the fundamentals and details of the game.  We teach a High Basketball IQ game that is very progressive to the players abilities.  The organization is owned and operated by Josh & Candice Gonzales.  Josh was a Street & Smith’s honorable mention All American in High School who played for Phoenix Community College 1992-94, then was recruited to play at Grand Canyon University 1994-96, and finally played professionally in Mexico 1996-1998.   Candice was a 2 time Arizona State Champion at Gilbert HS, then played for Grayson Community College in Texas 1992-94, then played for Grand Canyon University 1994-97 where she averaged almost 30 points per game her senior year along with the Conference MVP.  She was invited to the WNBA tryouts with the Phoenix Mercury & the then Utah Starzz.  Coach Candice Gonzales has been the Varsity Girls Basketball Coach at Mesquite HS in Gilbert AZ for 22 years.  Both Coaches have a passion for the game and share their knowledge with their players.

These are some of the top players on the Team Arizona Black Elite high school boys squad: 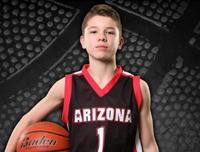 Extremely fast, can and does shoot the ball from deep (1:26 mark in highlight video), great handles, can flat out score from all aspects of the game, tenacious defender. 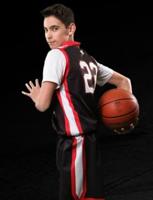 Started PG for CVHS Varsity team as a Freshman, has ridiculous handles and court vision, has the ability to score, can facilitate the offense and flow of the game. 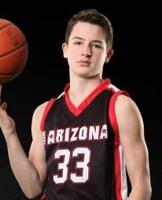 Extremely athletic guard, great ball handler and play maker, has the ability to slash and get to the basket. 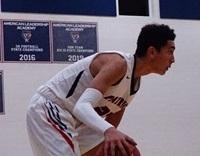 Athletic, good sized guard or power forward that can shoot, has the ability to handle the ball and hit threes.