Coinciding with the clocks springing forward this past weekend, you can see spring starting to rear it's head in West Texas.  Along with mid 70's temperatures the last few days. the wild flowers are beginning to bloom in a uniquely Texas way up until about mid April. Play ball!

With Coach Elam out of State at his son's boot camp gradution, Coach Clint Conkin who wears the hat of Athletic Director as well as Head Football and Basketball Coach, stepped in to take the Softball Manager's role temporarily. Word is he'll be also doing janitorial work as well as cutting checks in the business office as his plate just isn't full enough :-) 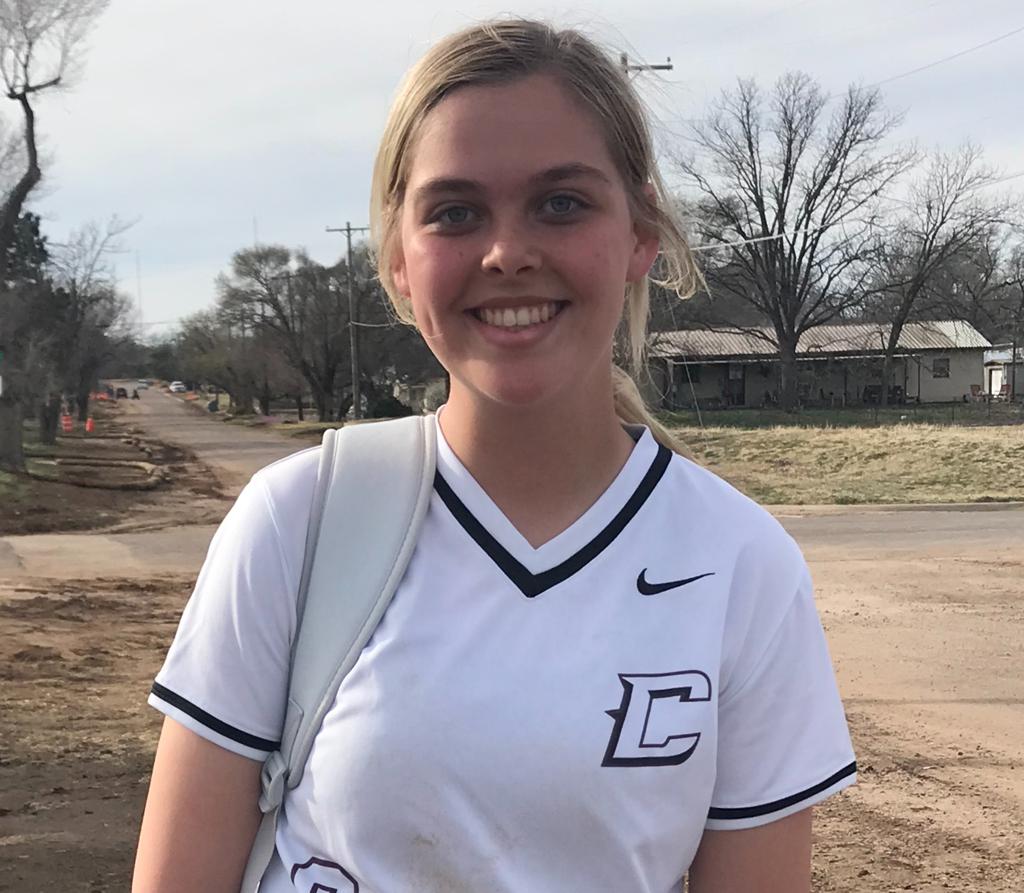 What a difference a few days make as Senior starter Madi Gay and Sophomore reliever Madison Smith were like night and day from the loss vs Claude.  If you throw strikes you have a chance to win.  With a 10 mph wind blowing in, it seemed like a good day for a pitcher's duel.  Only one side got the memo though as 4A Hereford's JV were walloped by 2A Clarendon.

However, this one was special and it started that way in the first two innings as every out was on balls that never left the infield.  Gay was throwing strikes and Hereford was hacking but a couple of nice defensive plays including a 4-3 ground out from Kaylin Hicks to then 1st Baseman Madison Smith kept the Whiteface scoreless

Meanwhile on the offensive side of the ball Clarendon took a 1-0 lead in the 1st inning as leadoff hitter Jade Benson rapped a single and scored on a couple of errors. In the 2nd inning the Lady Broncos bats came alive. After walks by Jaramillo and Smith and a HBP by Jade Gribble, Benson again had a run scoring single.  Gay came to bat and the lefty hurler pounded a 3 run double to the left field fence.  Kira Wetherton then added a run scoring single to end the 2nd inning 6-0 in favor of the home team. 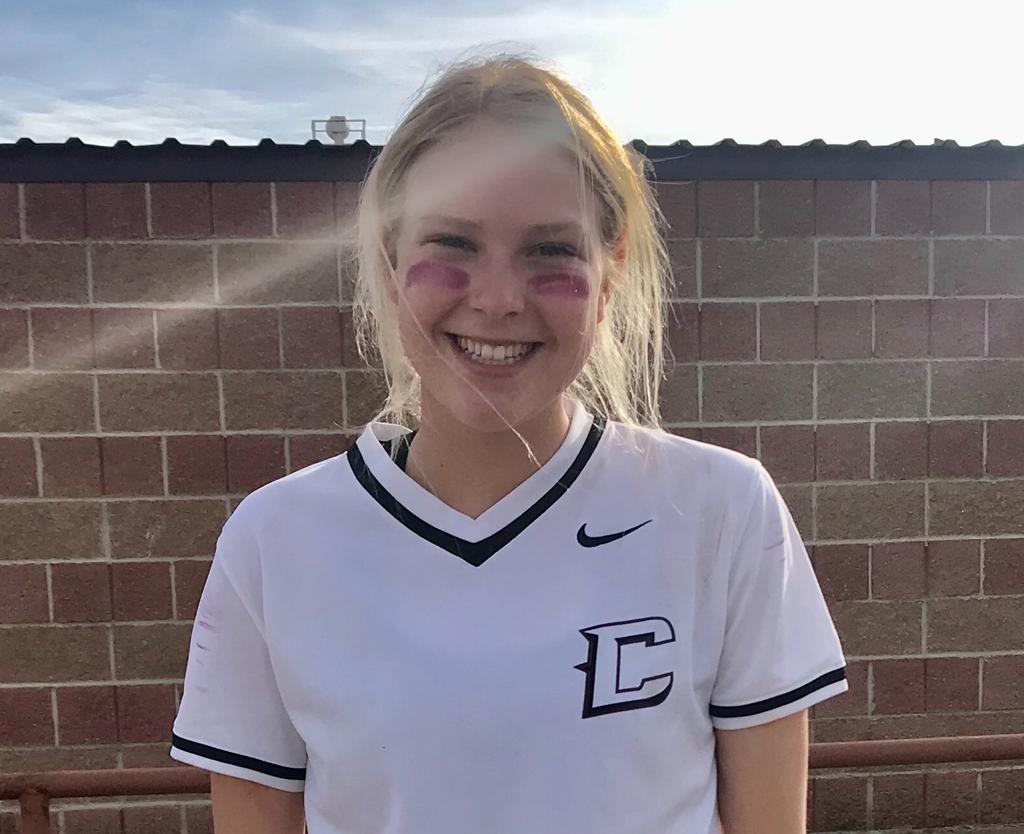 For the second consecutive game CF Kira Weatherton turned in a gem in the outfield as her running catch of a ball ripped to deep center saved a likely triple. It was then that I realized Gay was tossing a no-no. Once again no other Hereford hitter left the infield after 3 innings.

In the bottom of the 3rd Gribble singles over the bag at 3rd, Jaramillo walked, loading the bases.  This time it was Senior Rain Crawford doubling down the left field line, scoring 3 additional runs. Weatherton added another RBI single.  10-0 Clarendon after 3 innings.

In her 4th inning at bat, Gay slid and had her finger stepped on by a Hereford player.  She retired one more batter but could not continue. In came Sophomore Madison Smith in relief and she didn't disappoint.  She struck out the first batter with a masterful change up and her final out was also a K as she had the batter chase a rise ball out of the strike zone.  And there it was, one of the rarest feats in a ball game.  A combined no hitter from Gay and Smith.  A memory of a life time. Now the Clarendon line up had to score a few more runs to complete the rout and have the game called after 4 innings.

In the bottom of the 4th successive walks to Hicks and Smith, along with another HBP by Natalie Monds loaded them up again. Hicks and Smith scored on additional walk and then an error.The final damage was done by RBI singles from Jaramillo and Benson before the umpire called the game, final 15-0.

My player of the game was Senior Madi Gay who pitched 3 1/3 innings of no hit ball and also unloaded at bat with a 3 run double.