My Player of the Game was Senior Kira Weatherton who had 3 RBI and made an outstanding catch in deep centerfield on the game's hardest hit ball.  With a tricky wind, she managed to track it down to shut down what could have been a huge inning 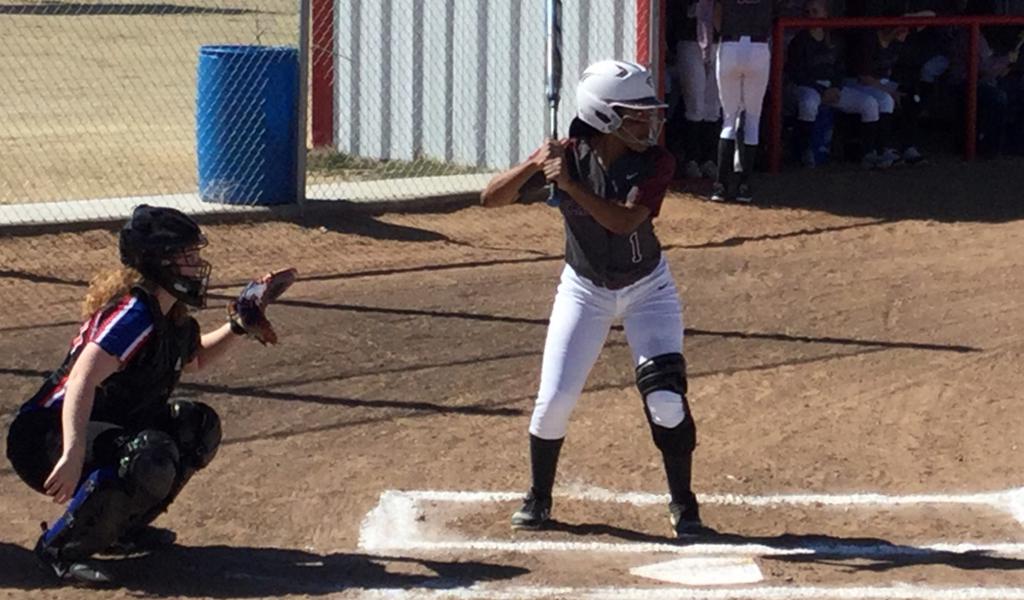 It's a busy sports day for me as a number of my D1 Nation Alumni are playing in NCAA games today, with special significance to the guys playing in early conference tournament games.  However, I wanted to catch the Clarendon Girls Softball game in neighboring Claude, TX.  It was a 62 degree sunny, but blustery day with winds gusting and swirling at about 30 mph.

The winds affected both teams in the field as many routine balls turned into misadventures with the wind playing tricks on the players.

Clarendon drew first blood in the top of the 1st inning with a bases load walk/RBI for Senior Kira Weatherton.

The 2nd inning proved to be Clarendon's most productive at the bat as Weatherton connected to left centerfield for a double, knocking in 2 more runs  With Claude threatening to break it open early Senior Rain Crawford enticed Claude into a base loaded inning ending double play ball.  Third baseman Kaylin Hicks stepped on the bag for the force, then threw to Senior Madison Gay to first to complete the DP.  It was 6-4 for Clarendon at the end of two.  Crawford did a good job of placing her tantalizing slow curve on the outside part of the plate in her 2 innings of work.

In the top of the 3rd, Junior Catcher Jade Benson slapped a sharp single to left center that scored 2 runs. The bottom of the 3rd inning was Clarendon's undoing. Claude did rap 3 good hits to the outfield but it was mostly walks and a couple of wind blown pop fly balls to the deep infield that contributed to a 10 run inning by the home team.  Madison Smith and Madison Gay both pitched that inning.  Smith is young but she's got the best form and motion on the mound.  She just needs to get a little stronger and she'll be a dominant hurler in the future.

The game was 14-8 and Clarendon could only muster one more run per inning, before it was called 14-10 in Claude's favor after 5 innings as this was the first game of a double header. Sophomore Jade Gribble hit a hard shot RBI single to close out the scoring for Clarendon. Half the battle is throwing strikes and today there were too many walks, giving free passes to Claude.  Find the plate and the game is much easier. 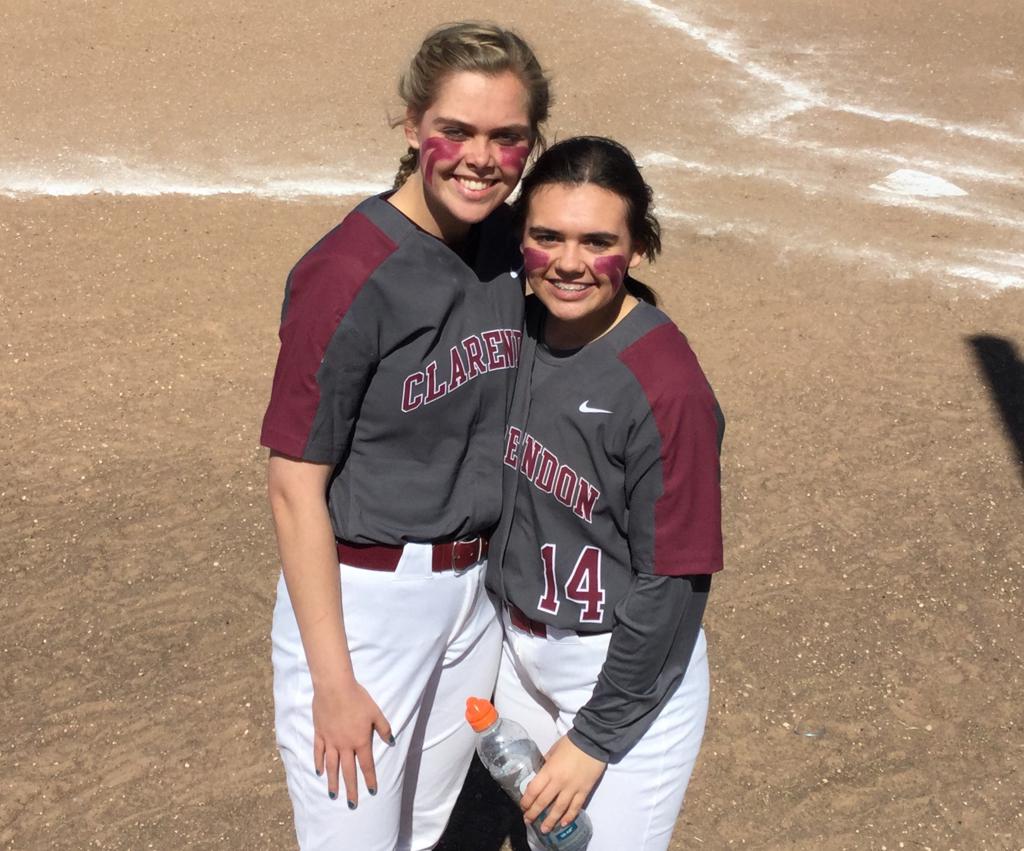