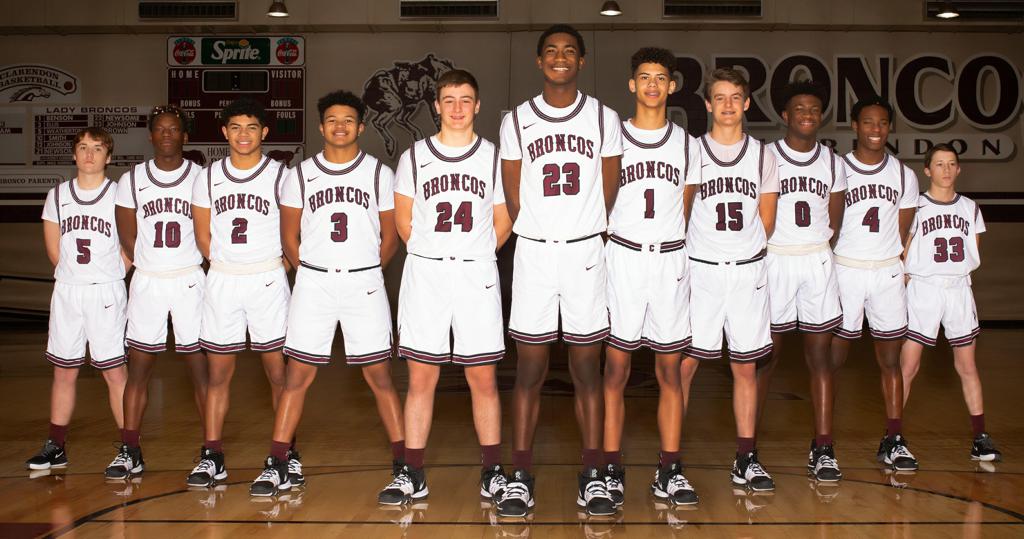 The Clarendon Boys season ended last night at Pampa High School with a 64-46 loss to Gruver. The game was much closer than the final score indicated. The game was physical and hotly contested throughout. Before a raucous crowd, the first quarter was back and forth both on the scoreboard and with a lot of tongue wagging at each other by the players.

Senior Collin Butler had the best game of his season and likely his career given the stakes as he finished with 18 points, 14 of them coming by half time. He knocked down 4 three pointers, including two in the first quarter. Gruver is a good team, but they are highly dependent on Senior Jaylin Conyers who was held in check in the first quarter.

The second quarter the momentum swung towards Clarendon who led 29-22 with about 15 seconds left in the half.  Shooting the front end of the one and one and a chance to go up by 9 points, they missed the free throw.  It's the little things that can make the difference. Unfortunately this has been an issue through out the season.  Gruver snared the rebound and with time expiring knocked down a buzzer beating three and the Broncos went to the intermission up 29-25. 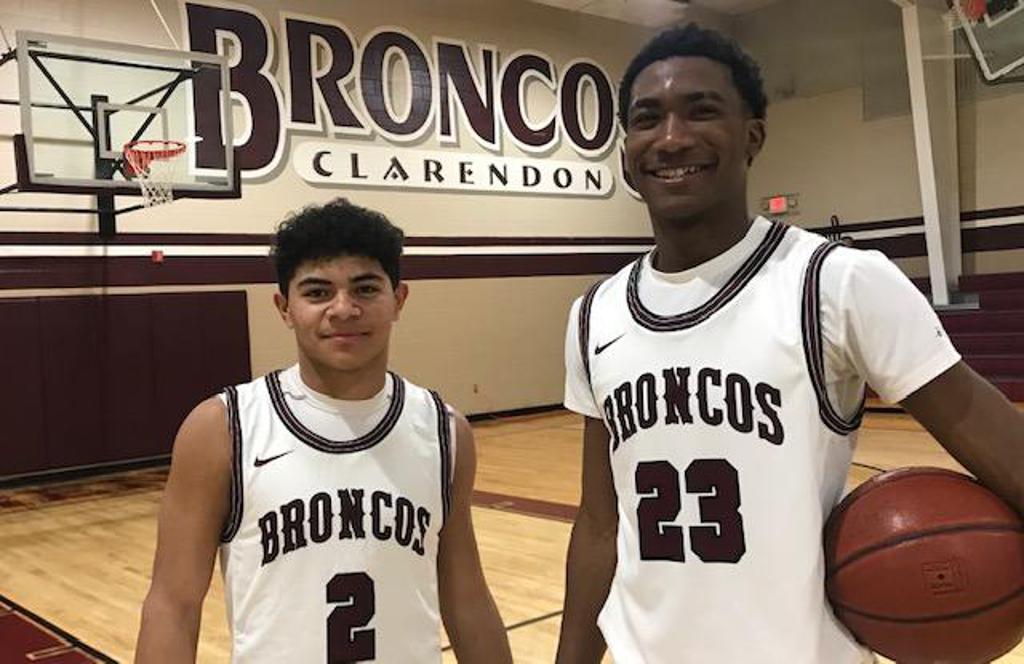 I felt that Clarendon was in a good position as they began the 3rd quarter with Jmaury Davis being the only Bronco with 3 fouls.  He'd done a nice job in the first half neutralizing the 6'6" Conyers who's committed to play football for the Oklahoma Sooners this fall. As I said earlier it was a physical game and the other chink in Clarendon's armor is foul trouble/depth.

The 3rd quarter was the difference as Clarendon's foul count went to 8 while Gruver had accumulated ZERO.  The Gruver coach made an adjustment where he posted up Conyers on every play and the referees felt he was getting hacked, so the fouls mounted quickly.  Before you could blink Davis, Jamal Butler and Sylvester Ballard all had 4 fouls and Gruver made a run dominating the scoreboard 24-9.  This brought the score to 49-38 in Gruver's favor.

Conyers feasted and to his credit he backed up his talk (which he does a lot of).  He had 25 rebounds for the game as he simply owned the defensive boards. Butler and PG Lamarcus Peniger kept the game from being a blowout as they answered the bell in the 3rd quarter. Peniger finished with 10 points.

Gruver had a lot of confidence but Clarendon didn't quit and despite the foul trouble he faced, Senior Jamal Butler (committed to Wayland Baptist for football) had a great 4th quarter where he left it all on the floor. He finished with 8 points/11 rebounds as he took care of the glass on his defensive end, much as Conyers had done on the other side of the ball.

The score was 43-36 and Clarendon had the ball with 3:30 to play, scratching and clawing their way back into the mix. An untimely turnover occurred and with it a subsequent touchy foul where players got tangled and Jamal Butler was called for his 5th foul.  Depending on your point of view it did seem to me that the Gruver player taunted Clarendon so Ballard pushed the Gruver player away. He fell dramatically like he was hit from a Tyson Fury punch drawing a tech and his 5th foul.  Peniger lost his cool amidst the jawing by both teams and fired the ball into the crowd of players.  That was also his 5th foul.

Fortunately cooler heads prevailed and there were no punches thrown. The Greyhounds had the ball and hit 3 free throws to make it a 10 point game. From there it was a free throw shooting contest and Gruver knocked almost all of them down, which led to the final score of 64-46.

Best of luck to the seniors, Butler and Butler as they went out on their shield in the 3rd Round. Coach Conkin's group had a great season. I enjoyed covering these guys and getting to know them. Next year's team will have to adjust to not having the big man in the middle but this year's youngsters (2 freshmen/1 sophomore) will be that much better so they'll be very good again.