They're likely to toss me out of Clarendon for telling it like it is, but I love this game too much to see a group collectively stop giving effort.  The Wellington girls took Clarendon out behind the woodshed, on their own court no less, the final score being 61-29.  Now I've heaped plenty of praise on the girls team over the past two months, so with that you've got to accept the REAL TALK I'm about to spout.

I saw a team play without heart, pretty much across the board.  Wellington outplayed them in every way.  They could not beat the press.  I counted almost 20 times when PG Ashlynn Crawford was hung out to dry and attempted to beat the pressure by dribbling through full court double teams.  The kid was worn out.

I watched players play lazy D and allow Wellington players to post up DEEP wherever they wanted without even having to fight for position on the blocks.  I watched ball screens, down screens and back door cuts defended half heartedly.  I've always felt as a coach that the best way to beat a pressing team is to press them, and that's exactly what Wellington did.

In fairness, Wellington ran nice sets and quickly recognized where they could exploit Clarendon.  Those kind of teams are always in games and you have to stay mentally tough DEFENSIVELY to compete against teams like them.

Senior Mattee Johnson was sharp in shooting the rock with 3 three pointers, finishing with over half her team's scoring output at 15 points.

I've been used to seeing Clarendon overwhelm their opponents for the most part this season through full court pressure against so so guards. The challenge going forward as they meet equally talented teams will be their commitment to half court defense.  One man's opinion, but it's an educated one.  Looking forward to seeing an improved performance next time out. 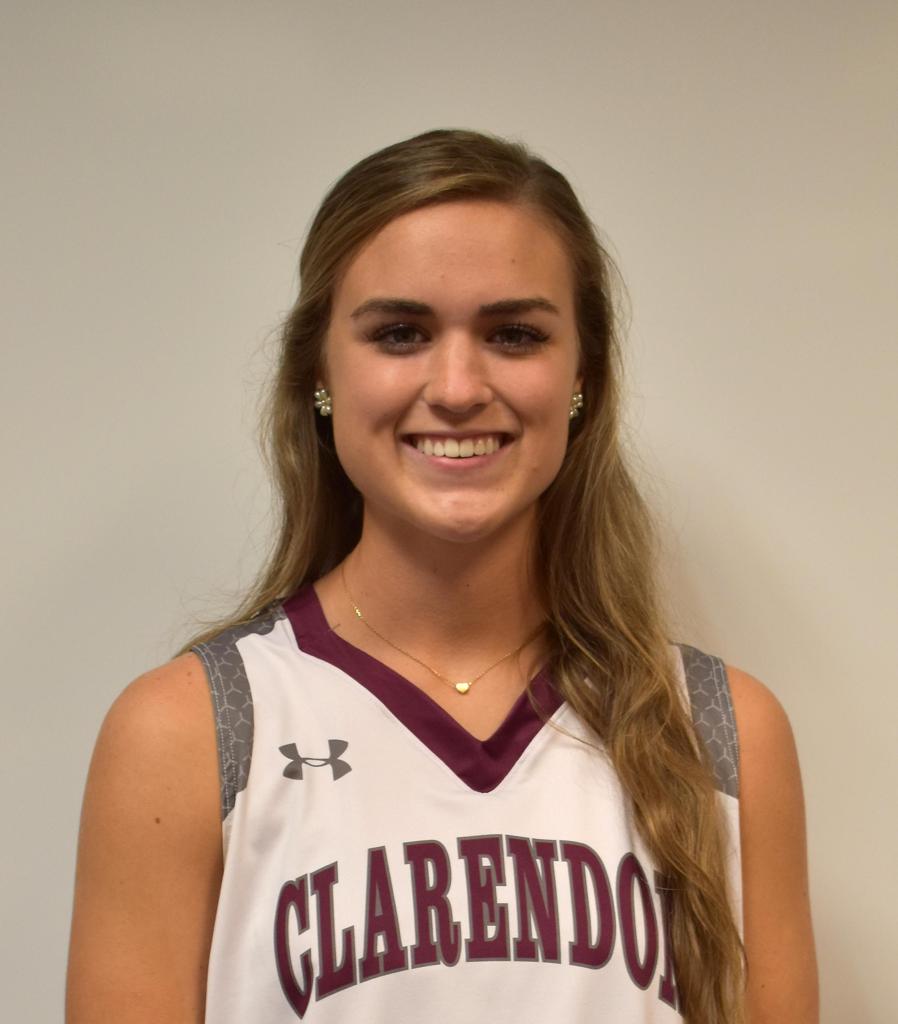 After the fiasco vs Wellington I was watchful to see how Clarendon would respond.  As an athlete and a coach, you need to learn lessons from your defeats, make adjustments and move forward with confidence.

For the most part Clarendon put their full court press (which seemed to be their identity throughout the season) in mothballs.  Maybe it was a change in philosophy by Coach Conkin,  maybe it was with the thought that they needed to work on half court defense, or perhaps it was because they had no match up answers for Memphis Senior Yaz Henderson.  The lady Broncos had no answer for the big guard who put 31 points up (out of Memphis' 43), and it's doubtful anyone else in the district does as well.

However, basketball is a team game and Clarendon prevailed.  I'm encouraged by Senior Mattee Johnson's renewed aggressive play and her outside shooting threat is becoming a problem for the opposition.  for the second straight game she knocked down 3 triples, finishing with 17 points. Great senior leadership!

The game was at once spirited, with Memphis being a long time rival (with the communities being only 20 miles apart) and a snoozer.  Why?  Because the officials allowed the foul count to rise quickly with ticky tack calls.  Clarendon shot 31 free throws, making 22 of them.  I didn't track the Memphis attempts but between the two teams there were over 50 attempts from the charity stripe.

Junior Jade Benson had 18 points and Junior Ashlynn Crawford had 12 points. In fact, Crawford owned the 3rd quarter scoring all 8 of Clarendon's points.  Everyone else had gone cold and Memphis made a run to make things close but the scrappy Crawford went strong to the bucket and earned her points at the line.  It kept Clarendon in control until the 4th quarter where their offense got back into synch and secured the home win.  Onward to the next challenge.

The boys team came out with a spirited performance to win going away vs Wellington salvaging a split at Clarendon High school (TX).

In a low scoring first quarter, Clarendon ground out a 10-2 lead which set the tone for Wellington needing to play catch up (unsuccessfully) for the remainder of the game.

Their success going forward as playoffs roll around will depend on keeping out of foul trouble.  Because of their aggressive style there's always one or two of them on the edge of foul issues so they'll need to become more disciplined about not playing D with their hands so as not to draw those ticky tack calls. 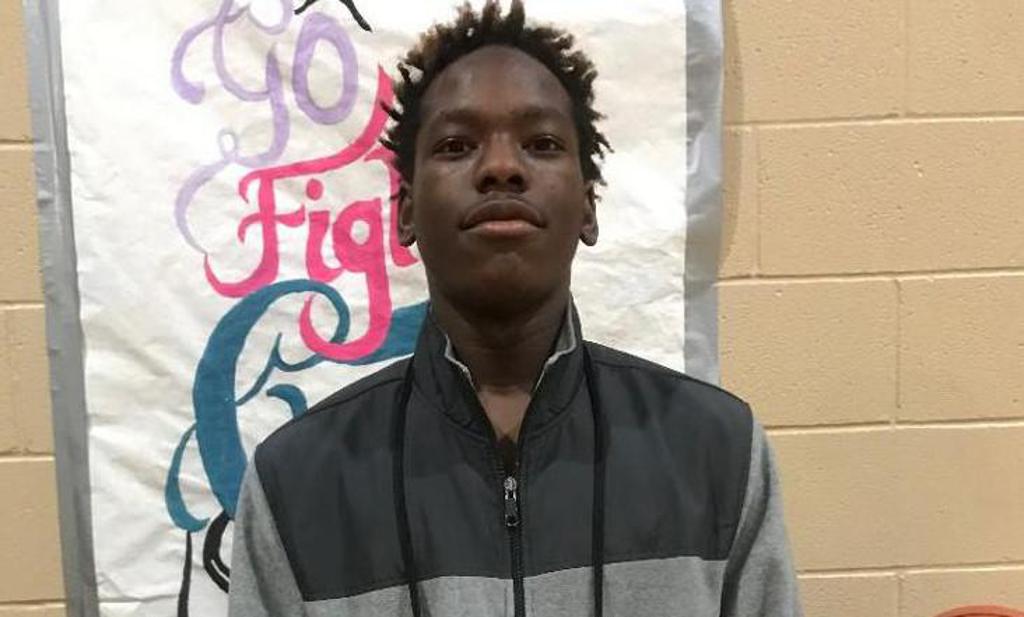 You've got to love rivalry games.  Clarendon raced out to a 16-5 first quarter lead and I honestly thought they'd blow out Memphis.  But you can't underestimate community pride and the fact that kids who know each other well don't want to take  a whuppin' and have to hear about it for the next year or until football season rolls around.

Fast forward to the 3rd quarter and the game was tied at 36-36, with Memphis seizing the momentum.  I've coached 700 games and I've broken down film and viewed another 5000 more over the last 25 plus years.  Of course coaching is important, but I definitely fall more towards it's not the "X's and O's, it's the Jimmy's and Joes's".  Coach Clint Conkin gives his kids freedom and let's them play.

Midway through the 3rd quarter with Clarendon having absorbed some real body blows I looked at Sophomore Point Guard Lemarcus Penigar to see how he'd respond.  He'd had a very good first half but he was matched up vs Memphis Senior Tim Anderson (13 points).  Anderson is a physical guard and he had just hit back to back three's in Penigar's face and was smirking and talking a little trash.  I looked at Penigar's body language, he wouldn't make eye contact and I thought "oh boy, the senior has gotten into his head".

Man, was I wrong.  Lamarcus dug deep!  He made steals, he made buckets and he rebounded.  It was game, set , match as he answered every Memphis shot with his own.  He really showed me a lot. He finished with 25 points, 6 assists, 5 steals and most impressively 12 rebounds.

Senior Jamal Butler had 10 points/8 rebounds and Junior Donovan Thompson chipped in with 13.  Clarendon is the class of the district and now stands 5-0 in district play.

Their ability to go forward in any playoff scenario is can they stay out of foul trouble.  Butler and Freshman Jmaury Davis must stop taking unnecessary cheap fouls.  Davis especially really can have an impact but it's not easy to do that sitting on the bench early and often.