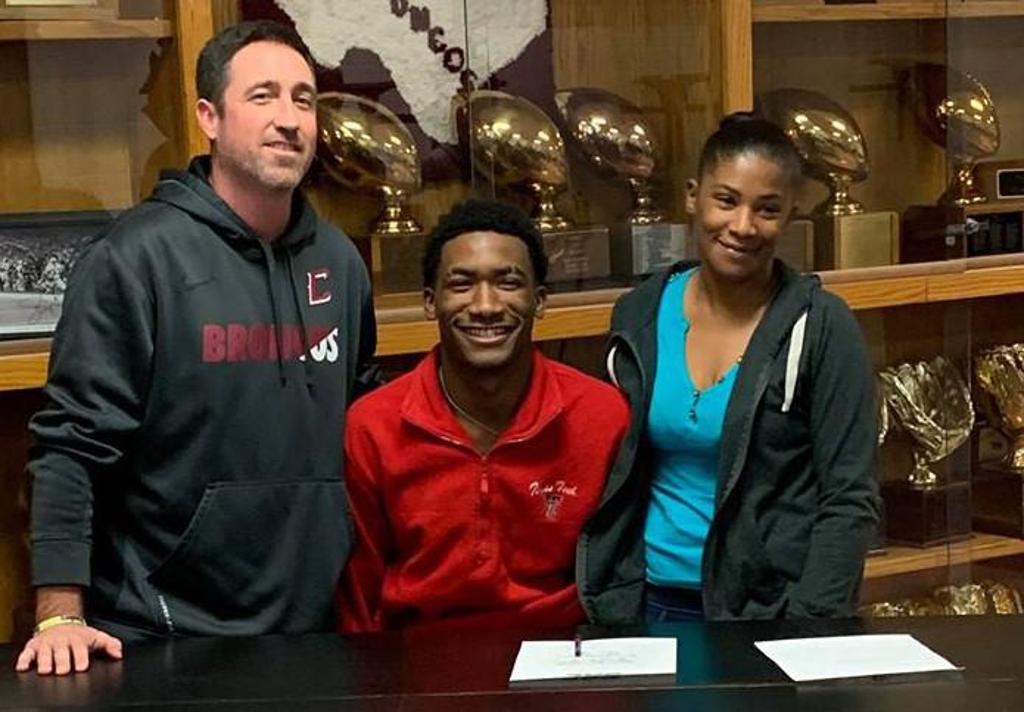 Clarendon Boys and Girls are on the right path into District play.  Amarillo Highland Park was sent packing by both varsity squads in convincing fashion.

Meanwhile in the middle school ranks the Boys 7th and 8th grade teams handled their business vs Wheeler.

Clarendon continues their home pattern of starting quickly at home and demoralizing their opponents, this time leading 29-8 after the first quarter.  For teams susceptible to the press, Clarendon will bury them, for those that can handle pressure then the Lady Broncos are in for a dog fight.

Juniors Jade Benson and Ashlynn Crawford  led the way with their usual hustle and it showed in the stat lines.  Crawford had 15 points/13 rebounds from the PG spot as she was all over the court.  As I was walking into the gym, Mrs Benson pulled up in a shiny new Dodge Charger with a Hemi and asked how I like her new surprise present for daughter Jade.  Looks like she earned her new wheels as she dominated High land Park under the basket leading the Lady Broncos with 17 points/7 rebounds/5 assists.

Senior Mattee Johnson had 15 points of her own. including 3 three pointers, and Senior Makayla Brown chipped in with 10 points giving Clarendon 4 scorers in double figures.

Much like their female counterparts, the Clarendon Broncos jumped on Highland Park with a big first quarter. This may have been Sophomore Lamarcus Peniger's finest effort of the season as he was unconscious from deep, knocking down 4 shots from behind the arc.  He finished with 20 points/6 assists/3 steals in the win.

Junior Donovan Thompson had 10 points as did freshman Jmaury Davis.

Senior Jamal Butler was all over the boards, finishing with 10 rebounds/3 blocks and 18 points.  It was abig week for Butler as he signed his FULL SCHOLARSHIP papers to play football at Wayland Baptist University.  That's worth over $100,000 of room, board and tuition he and his family will not have to worry about as he goes forward to continue his education.  A big congrats is in order for Jamal!

In middle school ranks Clarendon has some talented players who are showing real promise.  The most productive 7th grader by far is Grant Haynes who's showing promise as a lead guard that can run a team, gets his team mates involved and can also shoot the rock and finishes around the goal with either hand.

The 8th graders have several quality guards in Easton Frausto (who's also an excellent baseball player), point guard Harrison Howard who's a quality ball handler/shooter, and wing Anthony Cisneros who is aggressive around the goal, on the boards and has a smooth release on his shot. Lyric Smith is a superior athlete who may be a varsity contributor next year if he grows a little and expands his game.

Interestingly, all but Smith train with my son, Chip Ivany at his Skills Academy 2-3 times weekly.  You can see the continued improvement in their skills, confidence and decision making.  Yes, this is a bit of an infomercial but it's also accurate.  Basketball is a game of a broad variety of skill sets that are not innate.  Players must work on improving and pursuing their craft.  Athleticism and early growth only goes so far.

If anyone from middle to high school wants to take the game more seriously I'd encourage you to give Chip a call at 512-731-4011.  He's got a vast experience including playing in the NCAA Tournament with South Alabama. His coaching experience includes time at the girls high school level in Phoenix, AZ, along with player development sessions for D1 Grand Canyon University, along with two years at the Division One JuCo level here in Clarendon, TX.

He's certified to teach ball handling by the great Ganon Baker and has conducted clinics with another notable "guru" in Dave Nurse. Chip also was co-Director of the Adidas Top 100 Camp in Dallas, TX for several years which was an invite only camp for some of the country's best high school prospects.  He knows how to communicate the game to all ages and skill levels.  Thank you for your consideration.  Coach Ivany