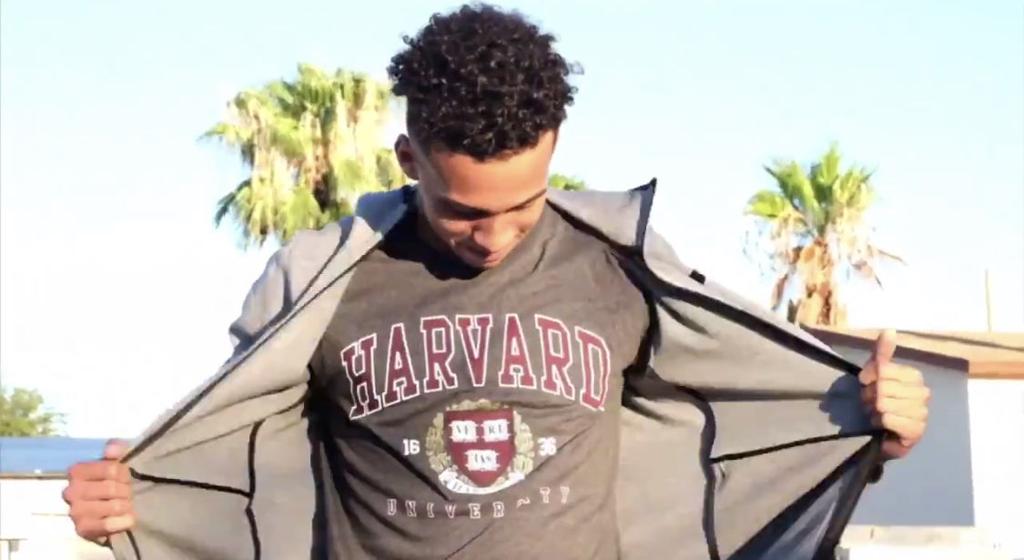 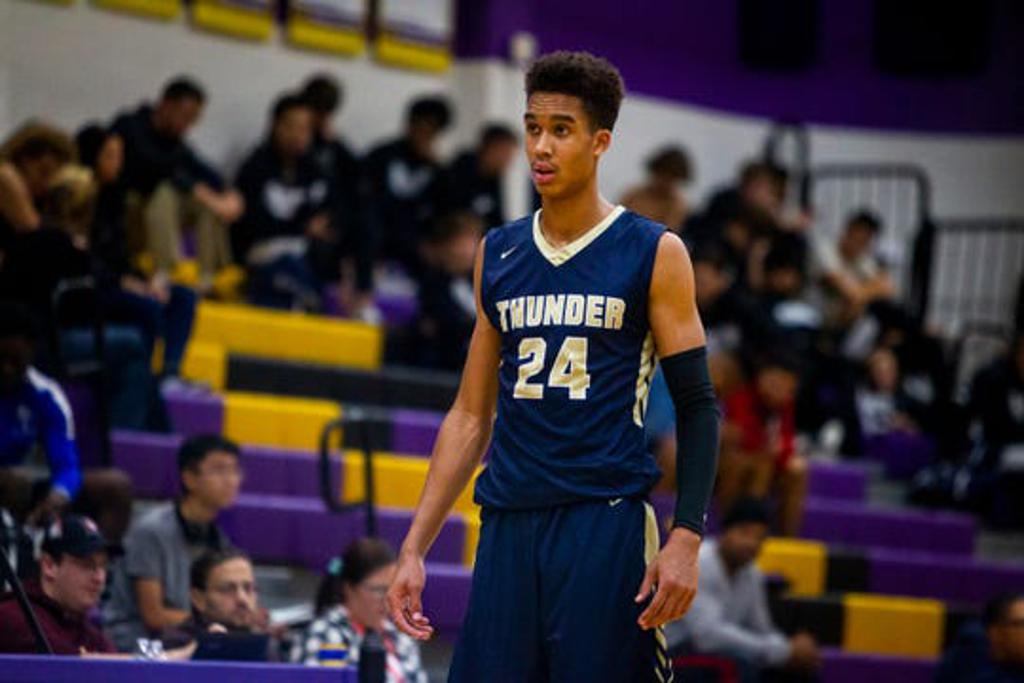 Evan Nelson (6’2” – Tucson Salpointe Catholic) – The Harvard-bound Nelson leads perhaps the state’s best team (15-0) with special skills in all phases of the game.  Nelson is a high athletic talent who can get to rim any time he wants or pull-up from long distance (47%).  He scores at an 18 ppg clip while grabbing 6 rpg and dishing out 5 apg.  Already a two-time all-state selection, Nelson is probably the top prospect in Arizona’s senior class (not including prep school talent) regardless of what level of play (Salpointe is 4A).

Dayton Harris (6’2” – Skyline) – Harris is a Northern Arizona commit and should play immediately next fall.  He’s a notch under Evan Nelson, but not by much.  Harris understands the game and eludes confidence while leading one of the best 6A teams in Arizona (15-2).  He’s averaging 17 ppg, 5 rpg and almost 10 apg.  An excellent off-hand passer who is athletically gifted.  He was the MVP in leading his team to the McClintock Holiday Tournament title in December.

Osasere Ighodaro (6’10” – Desert Vista) – The Marquette-bound big man is skilled in all phases of the game (15 ppg, 9 rpg and 3 bpg), but he’s particularly impressive with the ball in his hands.  Ighodaro is highly athletic and can get out and run.  He’s comfortable shooting from the perimeter (40%) and dominates inside.  He certainly fits the mold of recent Marquette recruits but will need to get more physical to survive in the Big East. A top 100-nationally ranked talent.

Trent Hudgens (6’2” – Ironwood) – The transfer from Moon Valley had to sit out the first nine games but wasted no time stepping into the spotlight (16 ppg) leading an athletic Ironwood team to the Judy Dixon Holiday Tournament title.  Hudgens has all the tools to succeed at the next level.  He gets to the rim with ease and is a willing passer. Seems to understand how to pace the game.

Dominic Gonzalez (6’3”—Ironwood) – The athletic Gonzalez is a fun player to watch as he’s in constant motion and makes things happen.  He’s a fluid player with and without the ball and plays hard.  Gonzales is an outstanding shooter who can take it to the rack as well. He may even be a better prospect than teammate Hudgens.

Jerry Iliya (6’6” – Paradise Honors) – Iliya is a long, high level athlete who has perimeter ball skills but his 12-5 team needs him to play inside.  Iliya rebounds at nearly 10 rpg while scoring 13 ppg and plays with a passion at both ends of the floor.

Anthony Giliberto (6’8” – Paradise Valley) – Giliberto is comfortable in all places on the floor but plays primarily on the perimeter.  Although not overly athletic, he puts up strong numbers – 19 ppg and 13 rpg.  If Giliberto is going to play on the perimeter at the next level he’ll need to concentrate on his ball-handling skills.  Certainly a solid D2 player, but with his size and ability to score a D1 opportunity may arise.

Hunter Ruck (6’9” – Rancho Solano Prep) – Ruck is a 4-year starter who has good hands and is a willing passer out of the double team, which he sees often.  He’s playing a little more on the perimeter to aid in his development, but right now he’s more of a shooter than a ‘maker.’ Ruck hasn’t seemed to have improved a great deal since his opening two years (injured most of last season), but he’ll be playing for UC Irvine  next season.

Eric Blackwell (6’2” – Corona del Sol) – A four year varsity player who plays under control with confidence.  He’s not a great shooter but makes up for it by getting into the lane with ease and creating plays for his teammates.  Last year I thought he would be a D1 player, but his game really hasn’t grown and I understand he has committed to a D2 school in California.

Anthony Irvin (6’4” – Corona del Sol) – Irvin is a physical player and can play anywhere on the floor.  He doesn’t take plays off and while he’s good shooter he’s at his best when attacking the basket. CDS is 12-3 and Irvin is a big reason why the multiple-time state champs are relevant again.

Griffin Lamb (6’8” – Gilbert) – Lamb is long which certainly helps make him a solid defender in the paint against players his size.  He’s stronger than he looks and plays hard.  Lamb has a soft shot but he’s not a great scorer because once he gets the ball he’s generally double-teamed and becomes a willing passer.  He’ll play at the next level, although it may be D2.

Brycen Long (6’2” – Gilbert) – The Houston Baptist-bound 2-guard doesn’t take any plays off on either end of the court although he’s the prime scoring threat on the defending 5A state champions (12-3 and a contender to repeat).  He didn’t shoot it very well from the perimeter the first two games I saw, but lit it up in the third!

Tay Boothman (6’1” -- Buckeye) – Boothman is quick with the ball and can fill it up from deep (green light is always on).  He doesn’t really have a great deal of support so he’s depended upon to score -- which he does at a 25 ppg clip (plus 5 rpg and 4spg)!  He should return to being a ‘true’ PG in a D1 program next year. But, he’ll also have to play a lot harder without taking plays off.

Marcus Libman (6’ – Pinnacle) – The major D1 football recruit is also a nice hoops player in all phases of the game.  Libman is skilled with the ball and is a willing passer (4 apg), but his team needs him to score and he does it at a 16 ppg pace.  He’ll be a great intramural hoops player next year when he’s not working on developing his football skills or in the library!