Class of 2022
Dylan Anderson (6’11” – Perry) – Anderson is unquestionably the top player in his class and will certain play in a major D1 program.  He’s more of a finesse player with a nice stroke who plays primarily on the perimeter offensively.  He’s a willing defender who rebounds and blocks shots despite not being overly athletic at this point in his development. He earned intial buzz after being offered by Arizona State's Bobby Hurley as an 8th grader (pictured above) he now holds offers from Arizona, Cal and Gonzaga among others.
Desean Lecque (6’ – Desert Vista) – The New Jersey transfer leads one of Arizona’s best teams in scoring (21 ppg) and he does it efficiently.  He already has a strong all-around game that features putting numbers on the scoreboard.  One of three players on the Desert Vista squad shooting the ‘three’ at a 40% clip.
Dominic Capriotti (6’4” – Skyline) – Capriotti believes he’s ‘open’ anywhere across the half-court line and the ‘green light’ is always on.  He’s long and a willing defender (of course, his father Jim is the coach so his game is certainly going to be more than just shooting).  He’s shooting at just a 44% pace, but two-thirds of his shots are from behind the arch while averaging 13 ppg.  Skyline is a highly-ranked team and as a sophomore Capriotti is not the ‘featured’ player, but will be next year and look out!  A D1 program is in his future.
Logan Pohl (6’10” – Paradise Honors) – Certainly a ‘project’ at the moment playing an average of only 13 mpg, but he runs well and defends the paint when he’s on the floor. Oh, by the way, did I mention he’s 6’10” as a sophomore!
Trenton Lavender (6’ – Centennial) – Lavender is high level athletic who can get to the paint with ease or connect from deep.  He has a score-first mentality but also plays hard on the defensive end.
Ahamed Mohamed (6’ – Apollo) – Mohamed is ultra-quick with a strong handle.  He’s slight of build but can get to the rim (16 ppg).  His shooting and willingness to find the open man (less than 2 apg) will need to improve over the next couple of seasons in order to play collegiately.
Andrew King (6’1” – Desert Vista) – King is the 4th option on a strong squad, but he stands out with his quickness, all-around play and his efficient 11 ppg (43% from behind the 3-pt line). 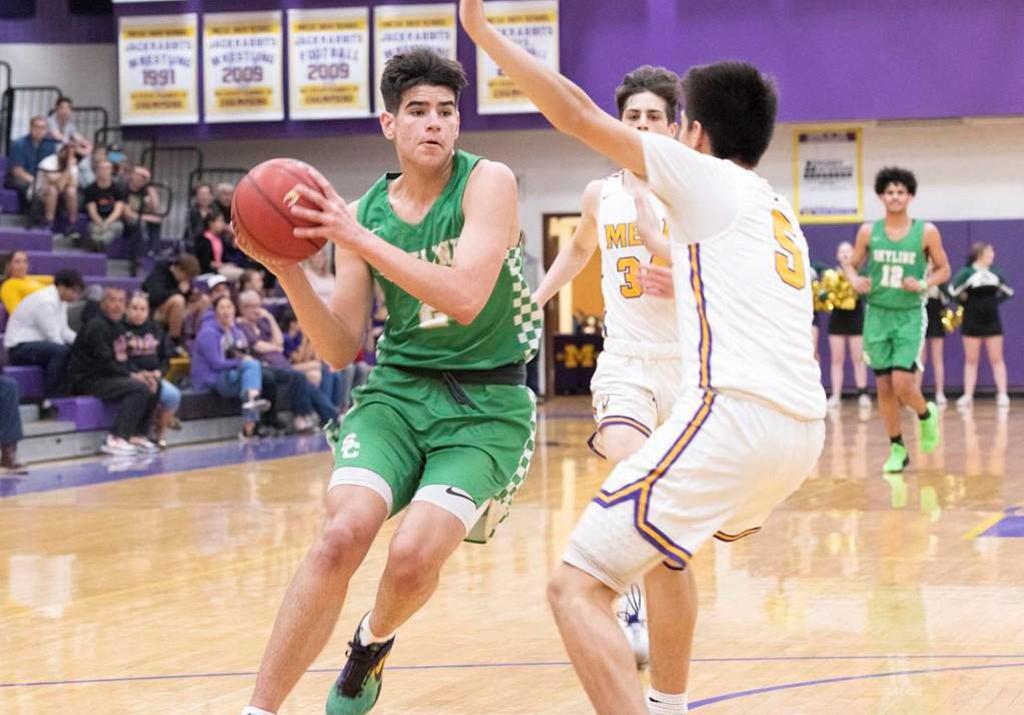