10 days ago  the Clarendon girls won the Tomahawk Classic in Miami, TX going away.  In their next game on the road in Vega they ran into a buzz saw and were beaten convincingly, 59-40.  Jade Benson with 12 points & Mattee Johnson with 10 led the Lady Broncos in defeat.

heading into the 5 game round robin format at this past weekend's White Deer Classic would give them the opportunity to get back on track and to build on what they learned in the loss. 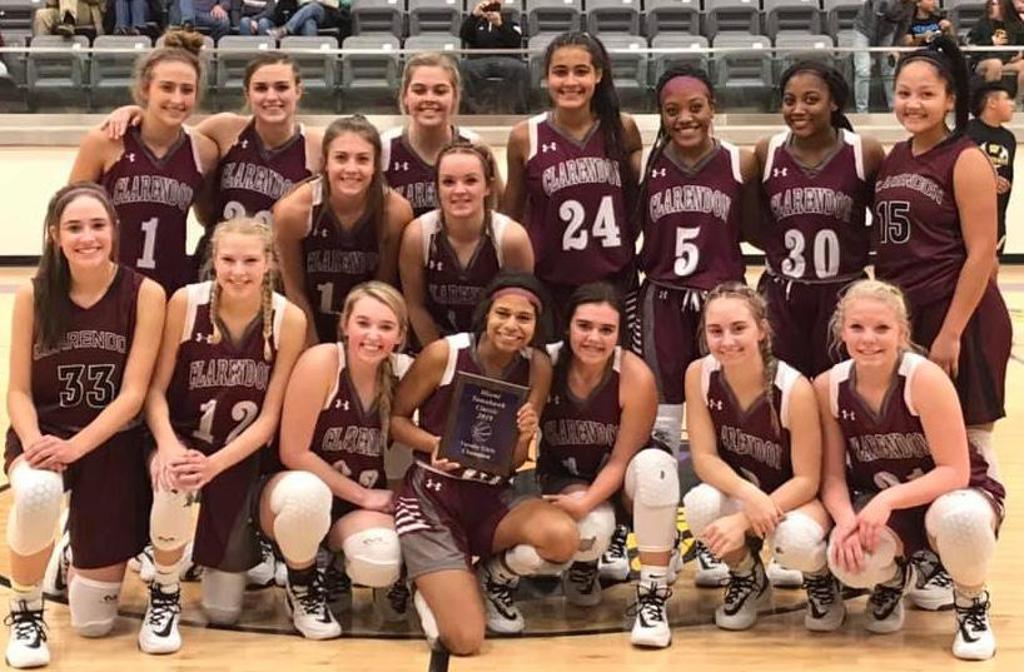 These two teams met in Clarendon at the beginning of the season and it ended in dramatic fashion, with the Clarendon girls winning at home in OT.  More of the same was expected but despite the 7 point Clarendon margin of victory they led most of the game by 15 points as they shot out of the gate this time.  They were led by by 2021 Jade Benson with 20 and 2020 Mattee Johnson with 19. There's no doubt as to who the consistent go to scorers are on this team.  2020 Makayla Brown chipped in with 12 and 2021 Ashlyn Newsome had 10.

Quarter by quarter, Clarendon methodically took care of business by wearing down the opposition with their press.  Junior PG Ashlyn Newsome had a dynamic game as she finished with 19 points/8 rebounds/4 assists/6 steals.  The diminutive PG is constantly one  of the team's top rebounders.  Her heave from almost half court swished through to really pump up the Lady Broncos as they headed to the dressing room.  She also had strong support from 2020 Mattee Johnson who had 16 points and 2021 Jade Benson who had 12 points. 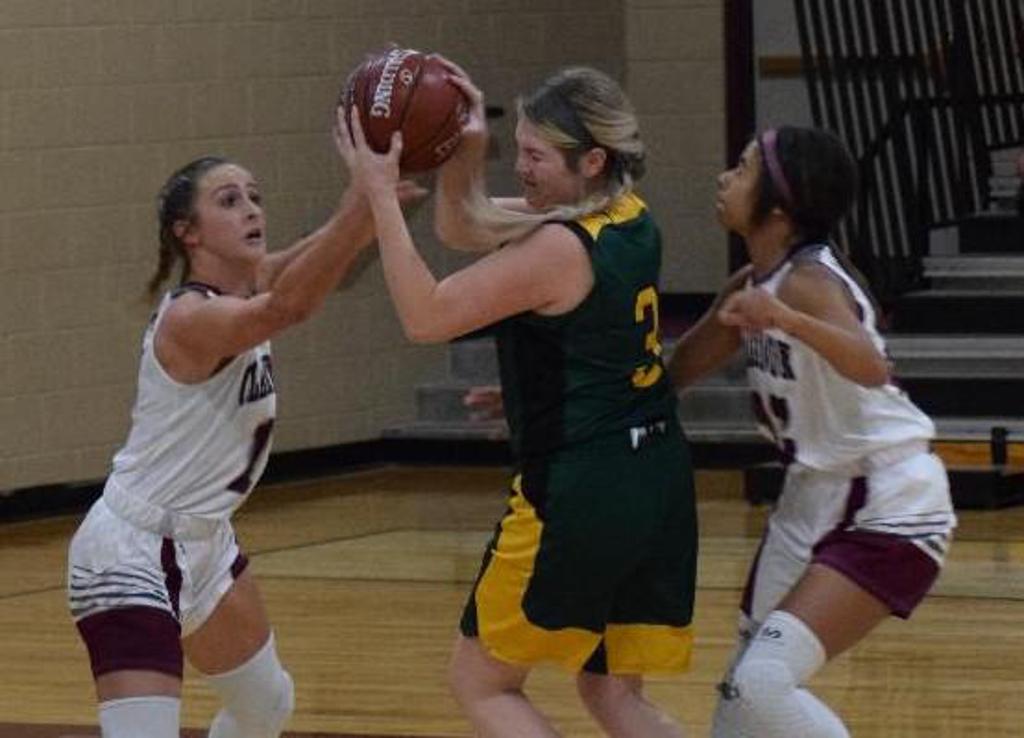 You can always count on Brown to get in the mix, do the dirty work and rebound.  The game was also somewhat of a breakout for 2022 Madison Smith.  The sophomore was money from downtown as she canned all four of her perimeter attempts for three pointers, finishing with 12 points.

I wasn't on hand for this one, but much like the boys game it seems that Gruver slowed down Clarendon rendering their press mostly ineffective.  It's tougher to score in the half court game as the core indicates.  Gruver dominated the scoring in the first three quarters holding Clarendon's high powered offense to only 17 points.  Sophomore Madison Smith was by far the statistical leader with 16 points, including a couple of triples. 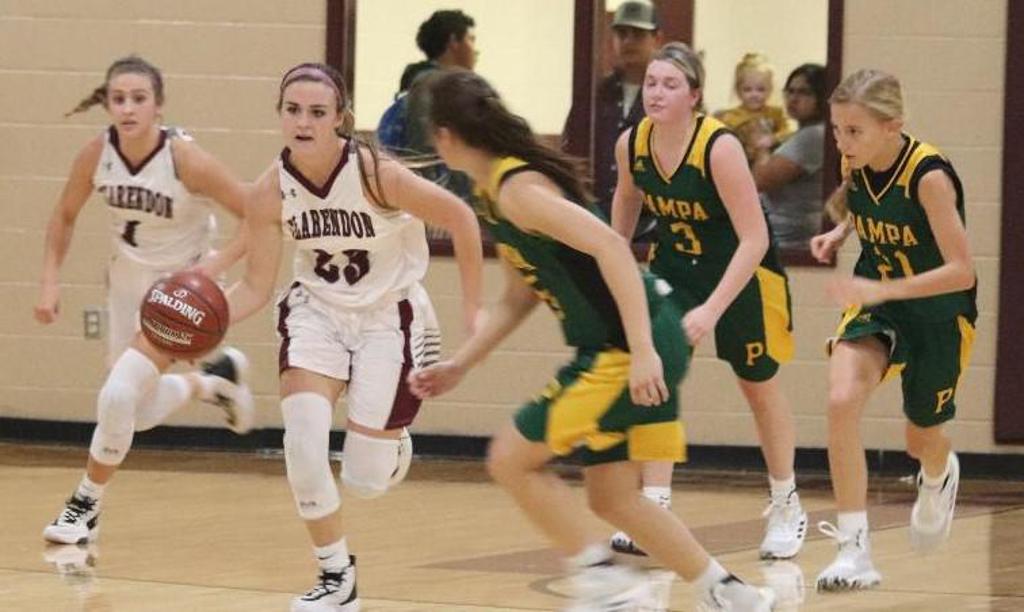 This was a nip and tuck battle all the way with the Lad Broncos winning a close one.  Jade Benson (15 points), Mattee Johnson (13 points) and Sophomore Madison Smith (11 points) were the stat leaders.  The Lady Broncos play their last home game prior to the Christmas Break tonight (Tuesday).