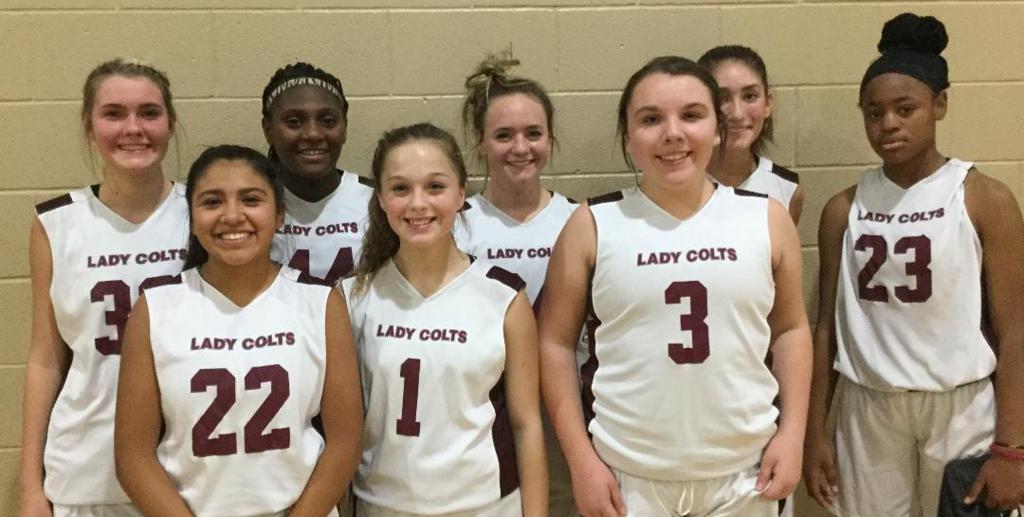 2A Wheeler (TX) came to Clarendon last night for an encounter with the Clarendon Lady Colts.  Before you could settle into your seat a well balanced team and unrelenting pressure had the score a "whole bunch" to zero.

There was no drama as Clarendon disposed of Wheeler 49-4.  The Colts showed good sportsmanship by backing off the press, going down their bench to get everyone playing time and still cruising to the win after leading 32-3 at the half.

This team has the potential to make some noise as they're well drilled, unselfish and look to make the extra pass. They've got a nice combination of size, skill and athleticism with no glaring weakness in their starting five.

Rodriquez is a feisty PG who aggressively look to get into the paint, Conkin and Randall can score and rebound and Weatherton can do it all.  It's early and much can change in a young player's development including physical growth and commitment to improving their skills but all appear set to have nice high school careers ahead.

I was particularly impressed with Weatherton as she's aggressive and is in your face defensively with her on ball defense.  She picked the pocket of the Wheeler guards repeatedly, harassing them all game long.  She's got excellent athletic ability and straight line speed, she knocked down a couple of face up shots and did her share of work on the boards.  It will be interesting to watch her vs a higher level of competition to see if she raises her game as the opposition gets tougher.  Without a doubt she was the D1 Nation's Player of the Game. 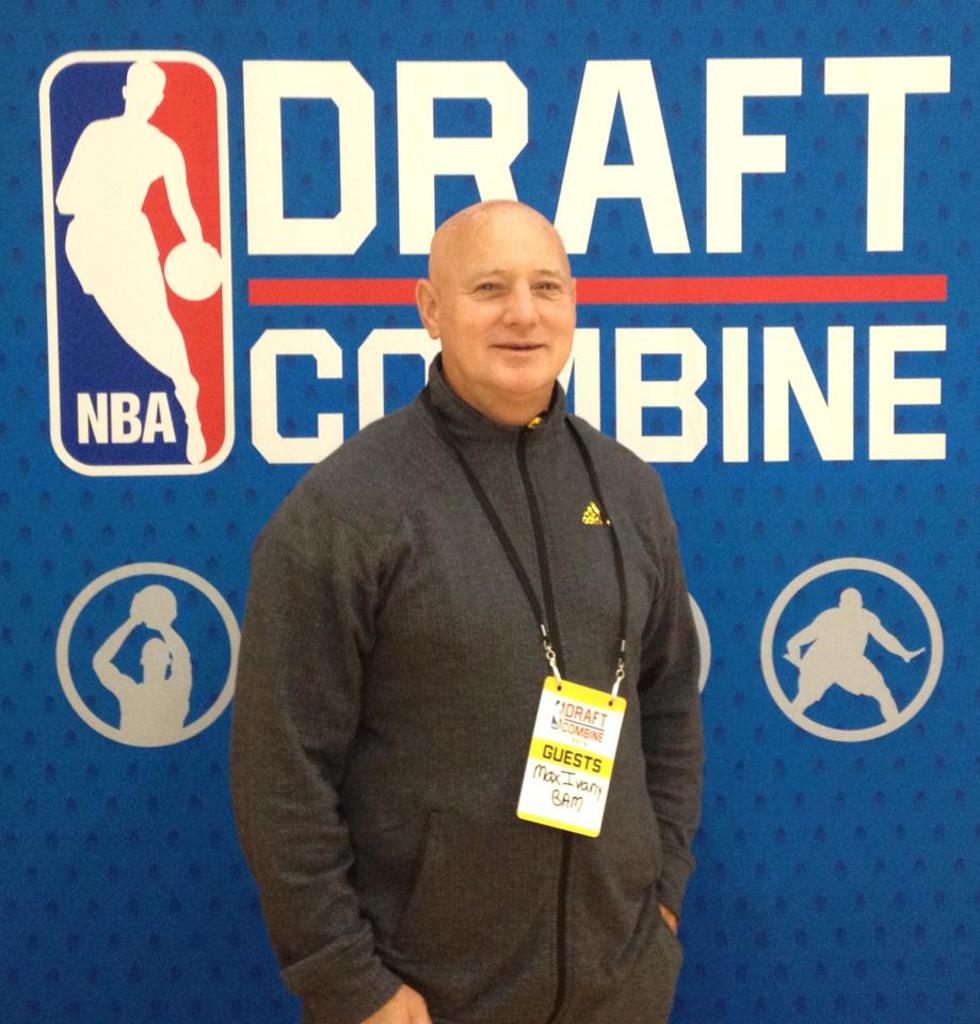 I was amused last night when a Clarendon resident asked why a guy with so much basketball experience would be at a Junior High Game.  It's simple, really.  I love the game.  It's been part of my life for more than 30 years and have been blessed to make a great career of it, which has taken me to 37 countries.

But it all started long ago in Central Texas when I began right where I am at the moment, in gyms across Central Texas for a 6th-7th grade AAU team I was intent on forming.  I never dreamed that an initial desire to help my son and other local kids would turn into the varied career I've had.

My time in the game has allowed me to place over 1000 players over the years, including 15 NBA players, over 300 Division One players and 700 plus D2, D3, Junior College and NAIA Alumni.  Included among those are the Heisman Trophy winner, Baylor's RGIII.

It's a long resume that includes assisting in the running of the NBA Draft Combine, doing pre-draft evaluations for various teams, evaluating players in Spain and Italy to being a long time.  As a long time grassroots consultant for Adidas I've run one of Adidas top prospect camps for the past 10 years and closely evaluated players who've gone on to represent our brand, including Derrick Rose, Damian Lillard and James Harden.  Multiple appearances on ESPN, Fox have come along the way.  I guess if you do something long enough people think you actually know what you're doing and start to call you an expert.

I'm currently mulling an opportunity to advance basketball through the Junior NBA program in Southeast Asia which could prove to be an interesting challenge.  Basketball is truly a global game, the fastest growing sport in the world.  I've lived in Thailand a number of years now but I love coming home to Texas to enjoy the company of my son, Chip Ivany and my grandson Julian.

I've stayed a lot longer in Texas on this visit at my grandson's request.  This is my first winter in many moons and there's no way I'd rather spend it than watching the game I love and having a chance to pat a player on the back and give a little recognition to them. In fact, many times I enjoy children playing more so than I do evaluating film on pros. Thank you Clarendon.- Coach Ivany 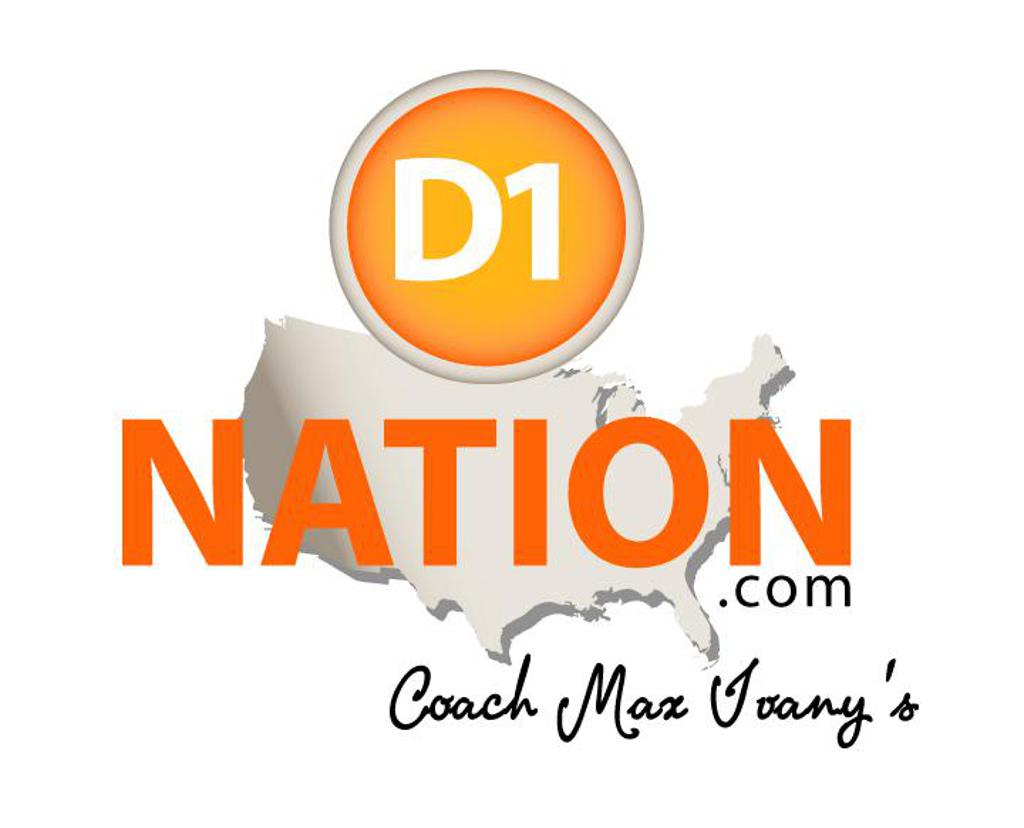