Over the last 25 plus years I've been blessed to have over 1000 college scholarship players come through my D1 Ambassadors club system.  Some were destined to be stars, in fact "can't miss guys" like John Henson who was a McDonald's All American, and has had a long career in the NBA, most recently with Cleveland.

But then there are others.  The ones nobody saw much in, or the ones who tool a road less traveled.  A pat on the back today for one such guy, Michael Ou, a 6'9" sophomore at Cal State Northridge. Michael is a Chinese National who showed up at Menaul, a private high school in Albuquerque, NM.  He was shy, spoke almost no English but his Coach at Menaul would rave at how hard this clumsy youngster would work on the court and in the class room.

By the time his senior year rolled around Michael was more than competent at English and in the basketball realm was starting to grow into his body.  Coach Boatman drilled him tirelessly and you could start to see him polish up pretty nicely.  The times I interacted with him, you could see how attentive he was and how he'd look into your eyes and soak up the info you shared with him.

Ou was a steady performer on the Adidas Gauntlet with the New Mexico D1 Ambassadors but coaches were still iffy on him.  A Chinese kid, they thought he was too slow and methodical to play the American game. Myself and Coach Boatman along with my scouting buddy Chad Groth (former GM of the Harlem Globetrotters) felt differently and we all went to bat for him.

Late in the recruiting game, Mark Gottfried took the Cal State Northridge job after a stint at North Carolina State.  I knew him through Adidas functions as well as the South Alabama connection where my son played.  Bottom line is, between the three of us Coach Gottfried took a chance on Ou.  And now it's beginning to pay dividends.  his learning curve has continued to accelerate at the D1 level culminating in his best statistical game after he poured in 14 points and 8 boards against the University of Richmond.  Continued success! 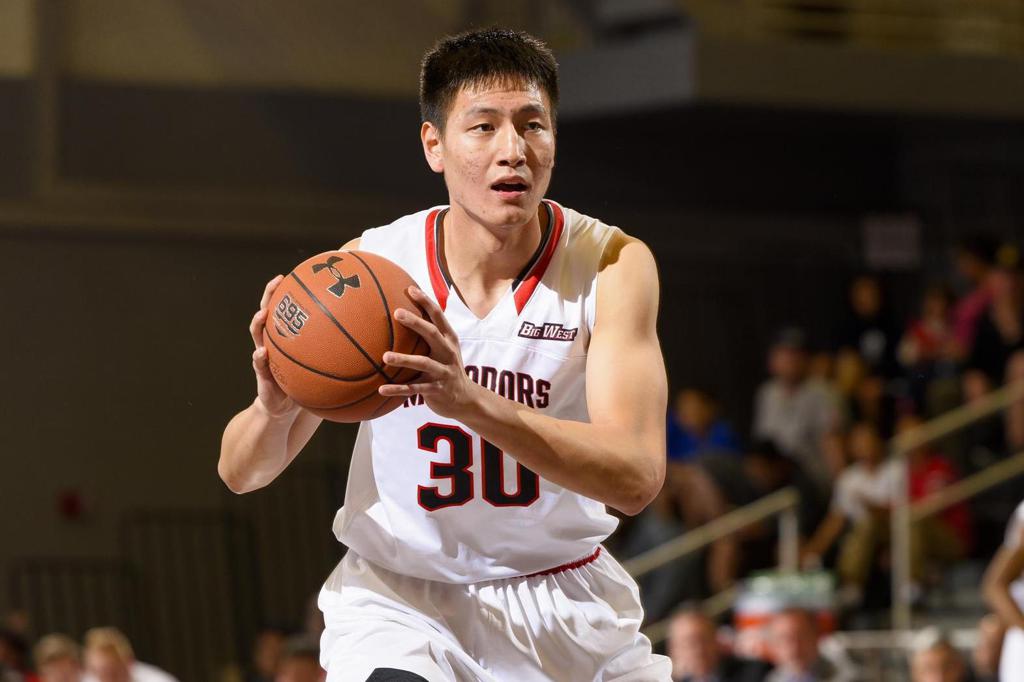 The Spiders beat CSN soundly, but they couldn't snare Sophomore Michael Ou (Albuquerque, NM) as he had 14 points/8 rebounds in the loss.

Senior Jonah Radebaugh (Thornton, CO) had 9 points in the loss for the Bears.

Senior Antonio Green (Tupelo, MS) had 18 points/7 rebounds in the loss for the Blue Raiders.

Senior Jahshire Hardnett (Gulfport, MS) had 4 points/8 rebounds/10 assists in the win as the Kangaroos outboxed their opponents.