Have you ever had a dream to wear the USA across your chest?  Do you ever think about the feeling of representing your country half way around the world? It can be your reality.  The D1 Nation will be taking teams of high school boys and high school girls to Vietnam and Thailand for an incredible cultural and basketball tour in the summer of 2020.  Come be part of it!

The D1 Nation proudly announces their overseas basketball and volleyball cultural tour for Summer 2020. There will be a boys and girls team selected for competition and to experience this memorable itinerary. Eligible players are Class of 2020 (unsigned seniors), 2021, 2022, 2023 and 2024:

The destination is Southeast Asia and the amazing countries of Thailand and Vietnam.  This will be a unique opportunity to fuse together a basketball/volleyball trip, along with a unique cultural experience and perhaps even make a family vacation player/shared parent experience.  All credentials of the staff are detailed below. In addition to their extensive sports expertise, D1 Nation Founder Max Ivany also brings a unique personal knowledge of the area having lived and worked in Thailand and Vietnam for a number of years.

The following is a detailed 16 day itinerary. For parents interested in being part of the trip we can customize additional adult themed activities and things of interest that us "older folks" may find interesting in lieu of some of the team building events, as well as give you insight into Thailand's world famous medical and dental tourism industry.

I'll be happy to discuss the various options with you, including the aforementioned medical and dental tourism. Thailand is the WORLD'S #1 medical tourism destination.  Top quality health and medical care are available at a FRACTION of costs in the USA.  I've had first hand experience and I could not be happier.  For example, you can have a complete top quality crown for about $300 US tooth, as an example. (Prices may vary slightly depending on currency exchange rates).

I welcome your initial inquiry via email to D1Nation@aol.com Please include the player's resume and achievements to see if they qualify and I'll be happy to discuss all details with you.

Round Trip Airfare from Los Angeles/CA or Dallas, TX to Bangkok (Thailand)

Day 2  Recover From Jet Lag.  Dinner Cruise on the Chao Phrya River.  Eat a delicious Thai buffet while cruising through the heart of Bangkok where you'll pass several temples and the Grand Palace during sunset and early evening.

Day 3  Enjoy the unique experience of gliding through the waters of Bangkok's Floating Market, seeing and participating in the buying of goods and food. Vendors on shore and in boats sell their wares with some coming alongside your boat and cooking food for you while you watch.

Play GAME 1 of our Tour.

Day 4  Visit one of Thailand's famed tiger zoos.  Pose for photos and see the shows.

Our staff is unmatched.  With over 50 years combined experience spanning every level of basketball your son or daughter will be in the best of hands. Our volleyball staff is likewise experienced

Coach Ivany has spent over 25 years in the youth basketball scene where he's been a Grassroots Basketball Consultant with Adidas, has assisted in running the NBA Draft Combine and founded D1 Nation, a site specializing in recruiting.  He's helped place over 300 players at the D1 level and another 700 plus at the D2, D3, NAIA and Junior College levels. The D1 Nation has become the largest club in the USA with chapters in 12 states and Canada at one time or another.

Judy had a star studded career, becoming an All American and Academic All American at Grand Canyon University (WAC). She obtained her Master's Degree while playing and is now beginning her 4th year playing in Spain where she's been 2 time Player of the Year in her league. Judy is a dynamic trainer who will take to places you've never been before in your development.

One of the great lessons learned from international travel is how blessed we are in the United States with opportunity and creature comforts.  The majority of the world's population wakes up everyday wondering where their next meal will come from. Although Thailand is blazing it's economic trail in the 21st century, many of their rural areas are filled with humble people with little means.

I've got a several year history of volunteering at one of Thailand's orphanages, Pattaya Orphanage.  It's our intention that this group helps to gather gently used articles of clothing and shoes to donate to the approximately 125 children at the location.  We will give the children a free sports clinic and present the institution with our gifts to them. 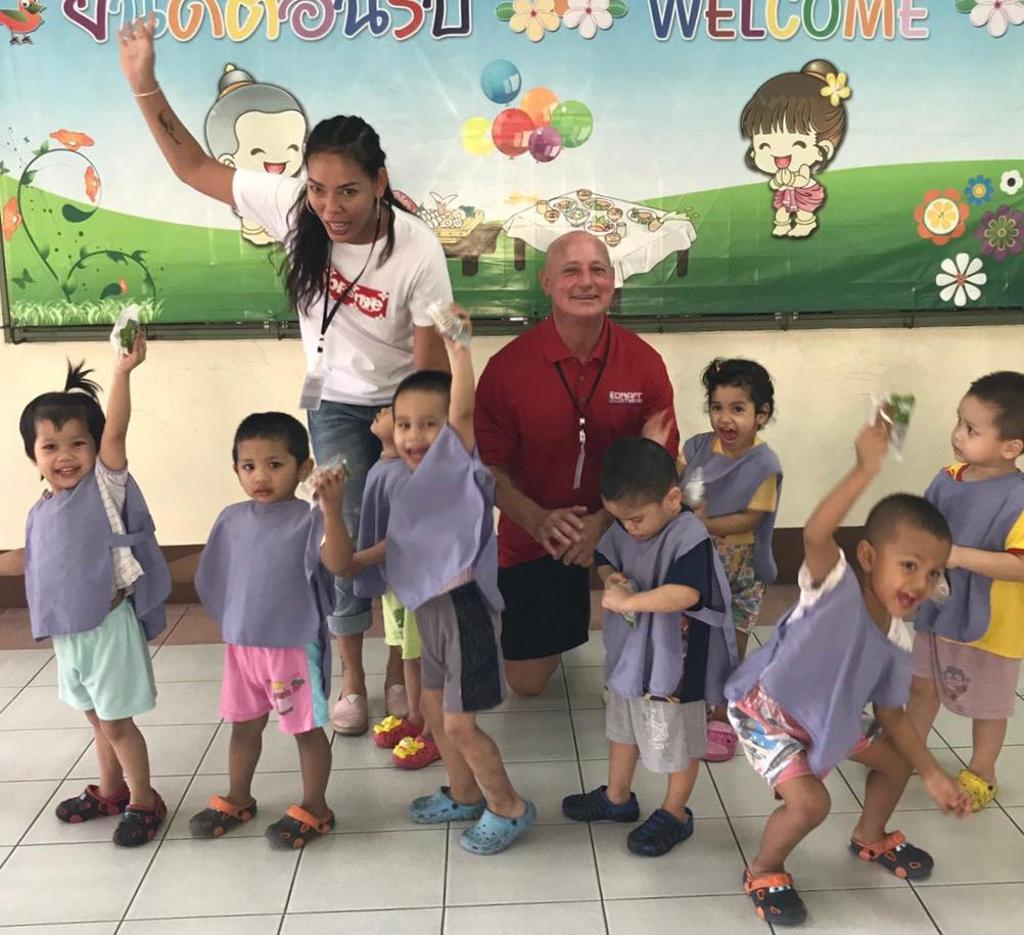