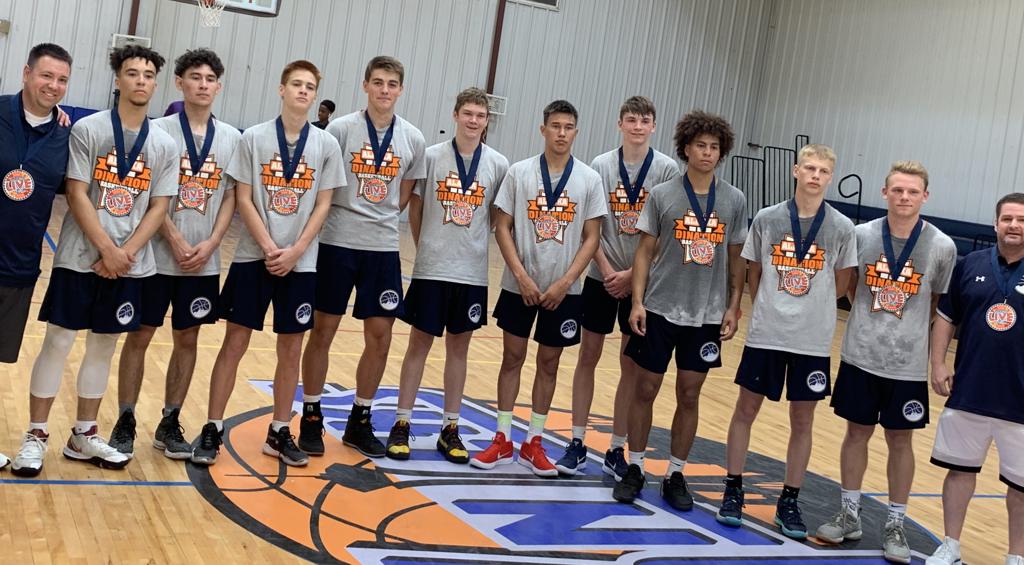 It was my first time seeing our Alaska D1 Ambassadors squad featuring the Class of 2020 (with the lone exception being 2021 Super Soph Patrick McMahon (Palmer, AK/Colony).

The Final Pool game saw Alaska D1 get back on track with a 58-33 win over Aussie Prospects White (Australia). Alaska D1 was led by Moses with 13, and Peters with 12.

After finishing Pool Play 2-1 the Alaska D1 Ambassadors head into the GOLD bracket at the Las Vegas Live Tournament. Coach Perez has done a great job of getting all players opportunity on the floor to make their contributions.  Here is their journey:

2021 Patrick McMahon (Palmer. AK/Colony) led the way with 17 points and 2020 PG Isaiah Moses (Anchorage, AK/Dimond) added 15.  The squad had balanced scoring throughout as Coach Perez was able to stick to his "equal play" platoon system in this one sided affair.

RWA was the most athletic opponent encountered to date.  They had a couple of bigger 6'8" guys that really gave Alaska D1 fits on the boards.  I like the grit that the Northerners showed though as the answered RWA's runs with ones of their own and ripped their hearts out in the last 90 seconds.

Patrick McMahon had 22 points and was Alaska D1's catalyst on the boards along with 2020 Andrew Beck (Anchorage, AK/Grace Christian). 2020 Colton Spencer (Palmer. AK/Colony) added 17 points with deadly shooting from beyond the arc and in the mid range.

It was likely a matter of time until the scrappy Wyoming crew succumbed to Alaska D1's depth. Time and again it looked like they were about to be blown out, but D1 couldn't put them away until the last 2 minutes.  Again, depth was the deciding factor in what's become part of this team's signature.  Next man up has not disappointed.

McMahon had 15 and Moses 13 to lead the stat line.

Having scouted the Canadian team a couple of times there was no doubt they had the tournament's most talented player, post grad Mathew Manas.  At 6'6" with a wing span more like a 6'10" player the sightly built Sudanese-Canadian is clearly a high major talent. He was as advertised, scoring a game high 20 points, including 4 three pointers from NBA plus range. He's still looking for a JuCo for this fall, anyone in need of a guy who can get buckets and boards contact me, Coach Ivany @ 512-773-1026.  He's a difference maker and a high major talent.

Ok, on to Alaska D1.  2020 Terrell Peter (Fairbanks, AK/West Valley) battled Edmonton's front line all game long and his physical play made a difference as he poured in 19 points.  Moses added 12 points and ran the offense and steadied the ship throughout.  Alaska D1 raced out to a 30-13 lead as they just couldn't miss.  As the half closed out, the Canadians had closed the gap to 8 points and you could feel this was going to be a dog fight.

For a period of 6 minutes, Alaska D1 got outscored 20-2 as they couldn't break full court pressure.  Basketball is a game of runs and this one looked to have put the dagger in as the Canadians led 61-54 with 2 minutes to play.

Crunch time, this is where players play and Moses didn't disappoint as he knocked down a 3 pointer and with 40 second left it was a 2 point game.  Coach Perez showed token pressure and the Stars turned the ball over without a shot.  With 20 seconds left on the clock, Moses launched a corner three and was fouled.  he went to the line and cooler than the other side of the pillow he sank all three.  Alaska D1 held on, not allowing a quality shot to ice the Championship.  A true team effort.

My game MVP was Peters, with Tournament Co-MVP's being Moses and the youngster, McMahon. Defensively, 2020 Jalen Freeman (Valdez) was a defensive stopper with his hard nosed play and desire to get up in the opposing guards. He won the battle of will power.

The clear cut leader in ever department as well as a legitimate mid major Division One guard was Ricky Lujan (Las Cruces, NM/Onate').  Lujan has a deadly perimeter stroke, which never seems rushed.  His strength though is his ability to stay unruffled and to make the correct pass at the correct time to best service his team mates.  He's capable of getting into the paint and is long enough defensively that he's an adequate defender (with plenty of upside). 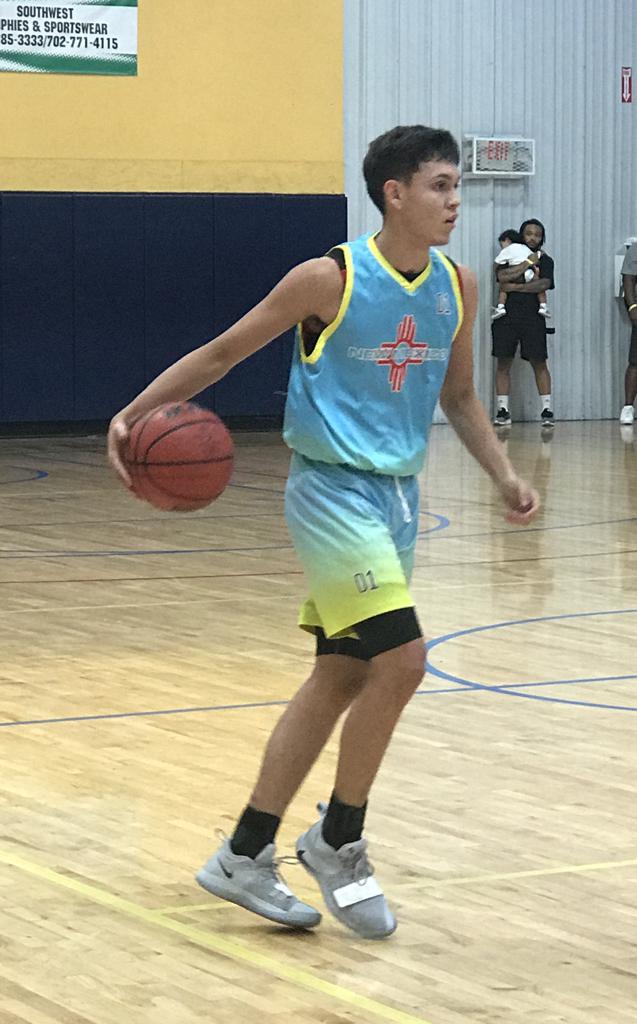